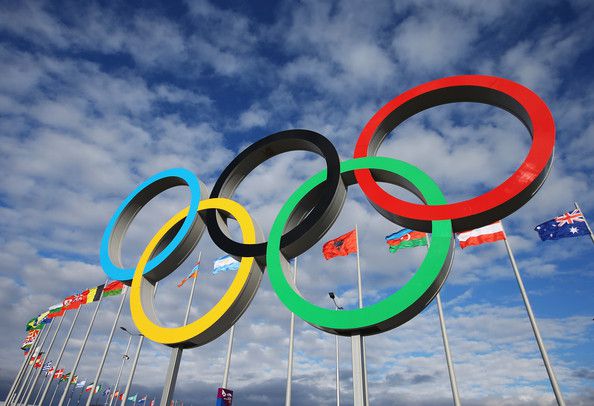 It has been announced that Los Angeles will host the 2028 Summer Olympics!

This will be in the news for years to come and bring to the forefront more discussions on fitness and Olympic athletes.  Leading authorities relate fitness to good health and longevity, as well as looking your best – so it is always a topic of interest.  If you would like to engage a public speaker on Fitness, or have the inspiration of an Olympian, Pastorini-Bosby’s Speakers Bureau has several:

Jillian Michaels is one of the leading health and wellness experts in the country.  Jillian has a unique connection with her audience that stems from her own personal journey toward wellness.  She has been a personal trainer for over 20 years, she has authored several books and she is known for her roles on both “The Biggest Loser”  and “Losing It With Jillian Michaels”.  She is a motivator and role model that will engage your audience and inspire them to begin their own journey to being the best they can be.

Dominique Dawes is an Olympic Gold medalist, three-time Olympian and the first African-American gymnast to win an Olympic Gold medal.  Dominique delivers powerful and inspiring messages of leadership, focus, teamwork and health and wellness.  She has a passion to encourage, educate and motivate others and will have your group fired up and ready to change!

Simone Biles, with a combined total of nineteen Olympic and World Championship medals, ranks as the most decorated gymnast in US history!  In addition to her incredible athletic ability, Simone has been praised for her outstanding character and positive influence on others. She was a fan favorite throughout the 2016 Olympic Games in Rio de Janeiro. Her athletic and Olympic successes have given her an opportunity to use her celebrity influence to motivate others to reach their own life goals and be the best version of themselves every single day.

Steven Lopez is originally from Nicaragua, moved to New York and then to Texas where he first learned the sport of Taekwondo from his father at the age of five. His other siblings Mark, Diana and Jean are all USA National Team Members in Taekwondo. Steven, Mark and Diana all represented the US in the 2008 Olympics, which was the first time since 1904 that three siblings have been on the same Olympic team. Each of the siblings claimed a world championship title at the same event. The oldest brother, Jean is their coach.   Steven Lopez and his siblings have opened two Taekwondo Academies in Sugar Land, Texas and Houston, Texas. Steven Lopez is available for fundraisers, sports clinics and personal appearances.

Lou Ferrigno is an actor, author, fitness trainer/consultant and retired professional bodybuilder.  Lou lost 75% of his hearing as an infant, but was undeterred by this disadvantage and began weight training at 13.  Lou was only 21 when he won his first Mr. Universe title which landed him in the Guinness Book of World Records.  At 6’5”, 285 lbs he was spotted by television producer Kenneth Johnson and auditioned for and won the title role in the TV series The Incredible Hulk.  Lou continued acting in over 35 movies and 65 television shows.  Today Lou focuses on Health, Conquering Challenges and Being a Real-Life Hero who loves challenges.  His inspirational speeches are summed up by this quote, “I don’t use the word hope.  I either do it, or I don’t do it; I don’t hope to do it.”