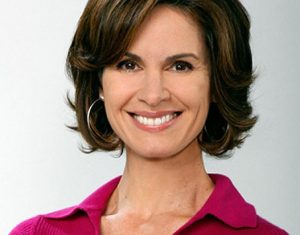 The beautiful and talented Elizabeth Vargas was born in Patterson, New Jersey. After spending most of her youth as an Army brat, Vargas attended the University of Missouri in Columbia where she received her bachelor’s degree in journalism, which led to her debut broadcast as a reporter for NBC affiliate KOMU-TV.

Throughout her early career as a television journalist she worked as a correspondent for Dateline NBC and sub anchor for Today. In 1996, Vargas joined Good Morning America as the newsreader and by 1997 ABC elevated her to primetime magazine show correspondent. This eventually led to her becoming an anchor for World News Tonight and 20/20.

Vargas became one of the first women to anchor a network evening news cast and won an Emmy Award for her coverage on Elián González. Most recently, Vargas wrote Between Breaths: A Memoir of panic and addiction where she talks about her battle with anxiety and alcoholism.