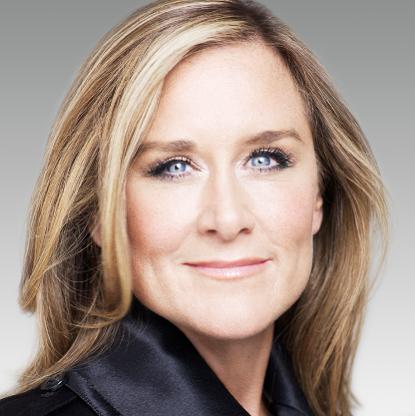 Angela Ahrendts is Apple’s Senior Vice President of Retail and online Stores. Since joining Apple in 2014, Anrendts has been responsible for the operation and expansion of Apple retail and online stores, which have redefined the shopping experience for hundreds of millions of customers around the world.

Before Apple, Ahrendts was the Chief Executive Officer of Burberry, the global luxury company distinguished by its 155-year British heritage and iconic outerwear. Under the leadership of Ahrendts and the executive team, the development of a pure brand strategy has driven the company’s global growth, realized through international retail expansion and innovation in product design and digital marketing. During her time at Burberry, the Group’s revenues more than doubled and Burberry is now widely regarded as one of the leading British brands in the world, with a thriving, connected corporate culture.

In 2008, with Chief Creative Officer Christopher Bailey, Angela Ahrendts established the Burberry Foundation, dedicated to helping young people realize their dreams and the power of their creativity through financial, mentoring and product support.

Prior to Burberry, she was executive vice president at Liz Claiborne Inc., and earlier in her career she served as president of Donna Karan International.

Angela holds a Marketing and Merchandising degree from Ball State University in Indiana, where she was awarded an honorary doctorate in 2010. She is also a member of the UK’s Prime Minister’s Business Advisory Council and was named honorary dame commander of the British Empire in April 2014. She was also featured in Forbes’ 100 Most Powerful Women in the World, Fortune’s Businesspeople of the Year, and the Financial Times’ Top 50 Women in World Business.