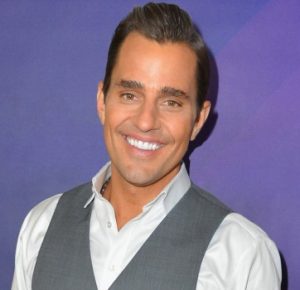 Business Leader, Winner of Season One of “The Apprentice”

As the winner of the first season of NBC’s hit reality series The Apprentice, Bill Rancic has taken his successful career to the next level. An estimated 27.6 million viewers tuned in to see Donald Trump hire his newest employee, and Rancic has not looked back since.

In 1996, Rancic established cigarsaroundtheworld.com in a 400 sq. foot studio apartment out of small ”Cigar of the Month Club.” Seven years later, he sold the company to Synergy Brands’ Grand Reserve subsidiary, with a view towards expanding the operation by leveraging their capital and cigar procurement and distribution operations. Today it is a thriving multi-million dollar national operation and worldwide supplier of premium hand made cigars.

In addition to his cigar company, Rancic also develops luxury real estate in the Chicago area and speaks at universities and businesses around the country. As the winner of NBC’s The Apprentice, Bill has been appointed to direct construction of the 90-story Trump International Hotel & Tower in Chicago for at least one year.

Rancic is also a successful author. In 2003 he wrote the New York Times Bestselling book titled You’re Hired: How To Succeed in Business and Life from the Winner of The Apprentice which detailed Bill’s successful working experiences as well as adding his own business advice. Most recently, he has been motivating young adults and children in his book Beyond the Lemonade Stand. Rancic uses this book to teach the value of money and the importance of using your own talents to succeed, even at a young age.

Rancic appears as a financial expert on many television programs, like the Emmy-nominated Rachael Ray Show as Rachael’s ”financial buddy.” He is also a premier guest on shows like NBC’s Today Show, The Tonight Show with Jay Leno, CNBC, Fox News, CNN and quoted in hundreds of major national and daily newspaper outlets.

Along with his wife Giuliana Rancic, Bill Rancic charms millions of viewers each week on their reality show Giuliana & Bill. They have also co-authored the book I Do, Now What?, a must read for newlyweds, those about to take the plunge, or anyone who wants to know the secrets of everlasting love.