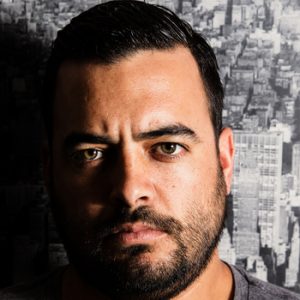 Having been a featured guest on Fox News Channel, CNN News Room, Anderson Cooper 360 and more; former U.S. Navy SEAL Chad Williams draws from his experience in the SEAL Teams to communicate an instructive perspective on teamwork, resilience, leadership and self-motivation.

Just days prior to entering SEAL training Chad’s motivation and mental toughness would be tested as he turned on a television one morning to see unexpected graphic video footage of his mentor and training partner Navy SEAL Scott Helvenston brutally killed, mutilated and dragged through the streets of Fallujah, Iraq. Hung upside-down from the Euphrates River Bridge while an incensed Iraqi mob repeatedly celebrated and chanted in Arabic, “Fallujah is the graveyard of Americans.” Helvenston’s body was set ablaze as Chad witnessed and learned an unwelcome firsthand lesson in what it was to be forged by adversity.

Steeled in his resolve to follow in his Helvenston’s footsteps and complete SEAL Training in honor and memory of his good friend, Chad entered the military’s most difficult and grueling training known as BUD/S. As a member of Class 254 Chad and 172 other sailors vowed that they would die before ever giving up and quitting the military’s most rigorous training. Those that would quit, were required to “ring out” which entailed ringing a large hanging brass bell three times and surrendering their class helmet on the Naval Special Warfare Center’s asphalt grinder. Exercising mental-toughness, leadership and teamwork Chad climbed the mountain and completed SEAL Training alongside 12 of the original number of 173 sailors that vowed their dedication to completing the program.

Serving his country proudly through multiple deployments as a U.S. Navy SEAL, on SEAL Teams One and Seven Chad continued to hone the qualities and values that our nation’s best adhere to. In an ironic final operation in Iraq, Chad’s SEAL Team was set up on a premeditated ambush similar to the location and scenario that took the life of his mentor Scott Helvenston but on that occasion Chad and his Team were able to overcome the enemy and complete the mission.

Today Chad is a bestselling author of his book, SEAL of God and an in demand keynote speaker. Drawing from his experiences as a SEAL, Chad captivates his listeners as he illustrates and instructs the SEAL mindset and ethos that involve: mental toughness, discipline, teamwork, leadership, safety and motivation.