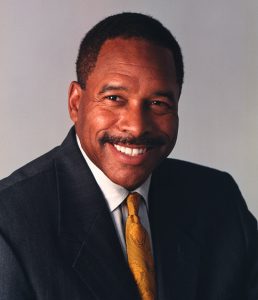 Over his 22-year career, he played for six teams including the San Diego Padres, New York Yankees, California Angels, Toronto Blue Jays, Minnesota Twins and Cleveland Indians. In 2004, ESPN named him the third-best all-around athlete of all time in any sport.

Winfield retired in 1995 and was elected to the Baseball Hall of Fame in 2001, in his first year of eligibility. He became the first player to choose to go into Cooperstown as a Padre, a move that reportedly irked Yankees’ owner George Steinbrenner. Nonetheless, when he was inducted Winfield sounded a conciliatory note toward Steinbrenner:

“ He’s said he regrets a lot of things that happened. We’re fine now. Things have changed. ”

In 1999, Winfield ranked number 94 on The Sporting News list of Baseball’s Greatest Players, and was a nominee for the Major League Baseball All-Century Team.

On July 4, 2006, Winfield was inducted into the College Baseball Hall of Fame in its inaugural class.

Winfield currently serves as a vice president of the Padres.

Known as much for his philanthropic work, Winfield began giving back to the communities in which he played from the beginning of his professional athletic career. In 1973, his first year with the Padres, he began buying blocks of tickets to Padres games for families who couldn’t afford to go to games, in a program known as “pavilions”. Winfield then added health clinics to the equation, by partnering with San Diego’s Scripps Clinic who had a mobile clinic which was brought into the stadium parking lot.

When Winfield played for the Toronto Blue Jays, he learned teammate David Wells was one of the “Winfield kids” in San Diego.

In his hometown of St. Paul, he began a scholarship program which continues to this day. In 1977, he organized his efforts into an official 501(c)(3) charitable organization, known as the David M. Winfield Foundation for Underprivileged Youth, the first active athlete to do so.

As his salary increased and he partnered with more corporations, the programs expanded to include holiday dinner giveaways and national scholarships. In 1978, San Diego hosted the All-Star game, and Winfield bought his usual block of pavilion tickets. Winfield then went on a local radio station and inadvertently invited “all the kids of San Diego” to attend. The huge turnout resulted in the first open-practice of the All-Star game, which has been adopted by Major League Baseball and continues to this day.

When Winfield joined the New York Yankees, he set aside $4 million of his salary for the Winfield Foundation. The Foundation then partnered with Merck Pharmaceuticals and created an internationally acclaimed bilingual substance abuse prevention program called “Turn it Around”.[14]

This aspect of Winfield’s career influenced many of MLB’s players as much as his on-field play. Derek Jeter, who grew up idolizing Winfield, credits him for his own philanthropic endeavors. His own Turn2 Foundation has honored Winfield[, and Winfield continues to help raise funds and awareness for Jeter’s Foundation and for many other groups and causes throughout the country.