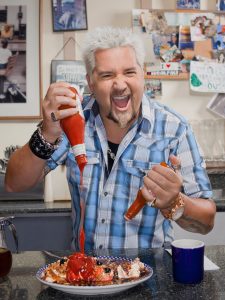 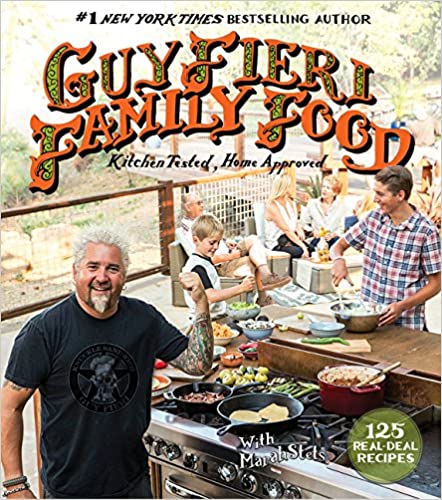 Guy Fieri began his career in foodservice at the age of ten, selling soft pretzels from a three-wheeled bicycle cart that he built with his father. The “Awesome Pretzel,” as it was known in his community of Humboldt County, was seen at almost every community event. By selling pretzels and washing dishes, Guy earned earn enough money in six years to study abroad in France it was there that he developed his true appreciation for food and culture.

While studying at the University of Nevada Las Vegas, Guy held various positions from Flambe Captain to Maitre’d . After graduating in 1990 with a Bachelors degree in hospitality management, he was recruited by Stouffer restaurants to manage their flagship restaurant in Long Beach, Calif. After spending three years with Stouffers, Guy was recruited by a Louise’s Trattoria as a General Manager. He soon was promoted to District Manager, where he oversaw six restaurants and was in charge of recruiting and training for the growing chain.

In 1996, Guy and fellow District Manager Steven Gruber, left Louise’s to embark on their own restaurant concept, Johnny Garlic’s. Guy and Steve opened their first Johnny Garlic’s in the fall of 1996. They opened two more locations within the next three years, and then opened their catering division in 2001. Their most recent ventures, Tex Wasabi’s, a sushi and southern style BBQ concept opened in the fall of 2003, and Russell Ramsay’s Chop House opened in the spring of 2004.

In 2006, Guy entered Food Network’s contest “The Next Food Network Star” and was selected from over 10,000 entrants as one of eight finalists. He quickly became a fan favorite and in April, 2006 was named the show’s winner. Guy’s new Food Network show, “Guy’s Big Bite,” premiered in June, 2006.

Guy is the father of two and lives with his family in Santa Rosa, California.