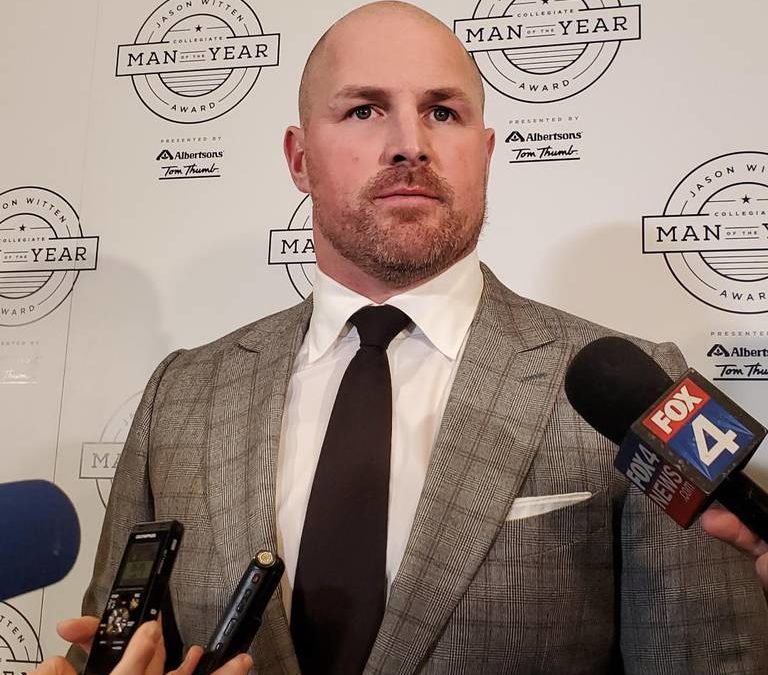 Jason Witten is on track to becoming the best tight end in NFL history. The University of Tennessee product joined the Dallas Cowboys in 2003 as a 3rd round pick and has since made every team that passed up on him regret their decision. In 11 seasons with the Cowboys he has earned nine Pro Bowl selections, six All-Pro nods, three NFL Alumni Tight End of the Year awards, and become the second alltime leading tight end in career receptions and receiving yards. In addition to those impressive accolades he has also broken NFL records for receptions in a game and receptions in a single season by a tight end, and set a new Dallas Cowboys franchise record with 922 receptions. In addition to the receiving yards and 56 career touchdowns he has also been a valuable contributor as a leader in the Cowboys locker room and in the Dallas community. IN 2012 he was recognized with the Walter Payton NFL Man of the Year Award for his efforts to improve the community in and around the Dallas area through his Jason Witten SCORE Foundation. Along with his community work he travels the country sharing his love for Christ, which he credits as being the reason for his success on the field and in life.