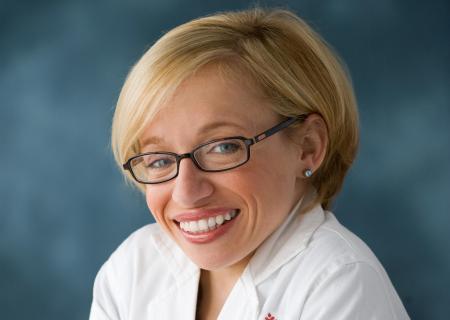 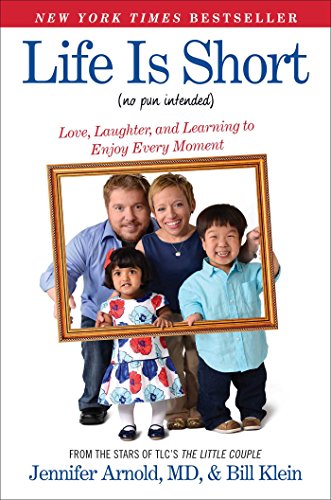 Featured with her husband Bill Klein and family on TLC’s hit docu-drama, The Little Couple, which follows her personal and professional life, Dr. Jennifer Arnold, MD, MSc, FAAP has been involved in healthcare simulation education for the last 8 years. She completed her undergraduate degrees in Biology and Psychology at the University of Miami in Florida. She then completed her medical degree at Johns Hopkins School of Medicine in Baltimore, MD and graduated in 2000. She is Board Certified in both Pediatric and Neonatal Medicine. Dr. Arnold is currently an attending neonatologist at Baylor College of Medicine and Medical Director of the Simulation Center at Texas Children’s Hospital.

Dr. Arnold is married to her best friend and they are parents of two adopted children, Will and Zoey. In 2013, upon the adoption of their second child, Dr. Arnold received the devastating news that was battling a rare form of cancer. Rather than giving up after hearing her Stage 3 diagnosis, she fought for her life with intense treatments and the tireless support of her family and fans. Currently, Dr. Arnold is cancer free and is an advocate for spreading cancer awareness, supporting those on the road to recovery and engaging all others with her inspiring story of survivorship.

Dr. Arnold has been funded for her simulation educational research through the Laerdal Foundation for Acute Medicine. Prior to coming to Texas Children’s Hospital, Dr. Arnold completed a randomized controlled trial evaluating the effects of a simulation-based training program on pediatric resident neonatal intubation success and competency.

She has received numerous awards, including the Ray E. Helfer Award for innovation in medical education from the Academic Pediatric Association, Compassionate Doctor Recognition in 2010, 2011 and Patients’ Choice Award for 2008- 2012 from Vitals.com. She has appeared on television programs including Oprah, The Today Show, Dr. OZ and The Doctors among others.

Dr. Arnold is an advocate for neonatal and pediatric health, infertility, adoption and Thinking Big! Dr. Arnold has spoken both nationally and internationally on healthcare simulation education and motivational talks on overcoming obstacles. She has made numerous speeches for avenues such as the Texas Conference for Women, Shiners Hospital, March of Dimes and many more.