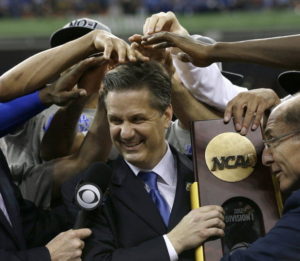 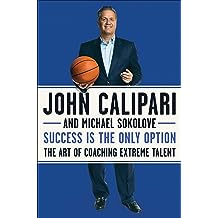 John Calipari is the head coach of the University of Kentucky’s men’s basketball team, one of the most storied programs in NCAA history. Taking the reins at an already prestigious program was a new step for Calipari, who made his name turning anonymous teams into national powerhouses.

His greatest turnaround occurred during his nine years spent with the University of Memphis. In his last four seasons with the school, he became the winningest coach in that time span in Division 1 history, took the Tigers to the NCAA Championship game, was named the Sports Illustrated Coach of the Year, and the Naismith National Coach of the Year for the second time. In 2012, Calipari lead the Wildcats to the NCAA championship. He has become only the second coach in NCAA history to bring three different teams to the Final Four and is the winningest coach of the last 5 years.

Known for his ability to communicate how to get the best out of people and his amazing results, John Calipari is an engaging and charismatic speaker who is instrumental in helping others succeed. Also the author of Bounce Back: Overcoming Setbacks to Succeed in Business and Life, Calipari can help make a difference to any group looking to conquer challenges.