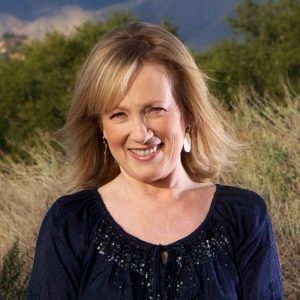 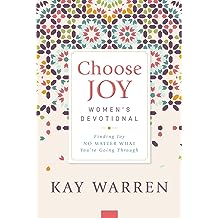 Kay Warren, cofounder of Saddleback Church with her husband, Rick, is an international speaker, best-selling author and Bible teacher who has a passion for inspiring and motivating others to make a difference with their lives.

She is best known for more than 10 years as a tireless advocate for those living with mental illness, HIV&AIDS, and the orphaned and vulnerable children left behind. As an advocate, she has traveled to 19 countries, calling the faith community as well as the public and private sectors to respond with prevention, care, treatment and support.

Kay is author of several books including her newest Choose Joy: Because Happiness Isn’t Enough (Revell, April 2012), which was adapted from a Bible study she first taught at Saddleback Church in July 2011, drawing more than 5,000 women for the four-week sessions. In the book, Kay describes how painful experiences – two bouts of cancer, watching as life-threatening illnesses attacked her children and grandchildren and living with mild depression most of her life – have shaped her conviction that joy is a choice and within the reach of every person, no matter how desperate or dark circumstances may be.

She is also author of Dangerous Surrender, which was originally released in 2007 and revised, expanded and published as Say Yes to God (Zondervan) in 2010, and coauthor of Foundations: 11 Core Truths to Build Your Life On with Pastor Tom Holladay (Zondervan) in 2004.

Additionally, Kay has also written for Christianity Today, Purpose Driven Life, CNN.com and The Washington Post, and has been featured in Newsweek, Reader’s Digest, Guideposts, Sojourners, POZ and Today’s Christian Woman magazines, among others.

Kay attended California Baptist College and earned her B.A. from California State University, Los Angeles. Her children are Amy and Josh, and Matthew who is in Heaven, and she has five grandchildren: Kaylie, Cassidy, Caleb, Cole and Claire.