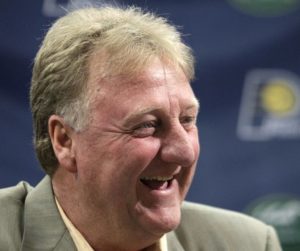 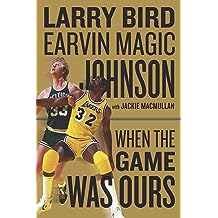 Larry Bird became a legend through his hard work, hustle, consistency and clutch performance. Bird, who was drafted by the Boston Celtics with the sixth pick of the 1978 draft, made an immediate impact on not only the Celtics but the entire NBA. Along with Magic Johnson, Bird was largely responsible for the NBAs growth in popularity during the 1980s.

Bird was a complete player – he averaged 24.3 points per game, 10 rebounds per game, 6.3 assists per game, a .496 shooting percentage and a .886 free-throw percentage. He received many awards and accolades, including.

Bird was also named one of the 50 Greatest Players in NBA History in 1996 and was inducted into the Naismith Memorial Basketball Hall of Fame in 1998. His jersey #33 was retired by the Celtics in 1992.

In the summer of 1992, Bird joined Johnson, Michael Jordan and other NBA stars to play for the United States in the Olympics, the first time in American history that professional basketball players competed in the Olympics. The “Dream Team” easily won the gold medal.

Prior to his NBA career, Bird played three years at Indiana State, where in 1979 when he helped lead the Sycamores to the NCAA National Championship game, only to lose to Magic Johnson and Michigan State. That year, Bird won three player-of-the-year awards: the USBWA College Player of the Year, the Naismith Award and the Wooden Award. Even though he played only three years, Bird finished as the fifth highest scorer in NCAA basketball history with a career scoring average of 33.4 points per game.

Between 1997-2000, Bird served as coach of the Indiana Pacers and led the team to an Eastern Conference title in 2000. He was named the NBA Coach of the Year for the 1998 season. Bird resigned as Pacers coach shortly after the end of the 2000 season and returned to the organization in 2003, where he currently serves as President of Basketball Operations.