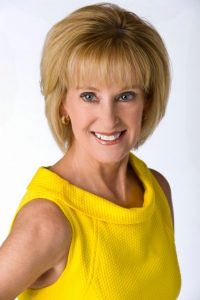 Linda Armstrong Kelly is a shining example of spectacular triumph against incredible odds. From high school dropout to mother of Lance Armstrong, seven-time Tour De France champion and cancer survivor, Linda’s story motivates people to achieve their own dreams, regardless of the obstacles they face.

In 1996, Lance was diagnosed with Stage 4 testicular cancer. The prognosis was grim, but Linda accepted the challenge and focused on helping her son make decisions that would affect his life forever. It was with her love and support that Lance found the strength to beat cancer and went on to conquer the cycling world again and again. Lance credits Linda as the unsung hero whose positive influence was the driving force that encouraged him to fulfill his destiny.

Linda’s life is a lesson in self-determination and hope. In her book, No Mountain High Enough: Raising Lance, Raising Me (Broadway Books 2005), she shares her life experiences as a young, single mom raising her unstoppable baby boy.

A passionate activist and speaker, Linda captivates audiences on the causes closest to her heart battling adversity and overcoming odds much greater than the mountains Lance lived to climb. At the core of her inspirational messages are the importance of dedication and hard work in accomplishing one’s goals.

Linda is proud to be a member of the National Speakers Association. She also serves on the board of a non-profit hospital, is an active volunteer, and assists nonprofit organizations with fundraising.

Linda was the subject of a one-hour television biography on The Learning Channel (TLC) entitled, â€œRaising A Champion: The Linda Armstrong Kelly Storyâ€. Most recently, she received the â€œOutstanding Mother of the Yearâ€ award from the National Mother’s Day Committee. Her television appearances include â€œThe Dr. Phil Show,â€ CNN and ESPN. She’s been featured in national magazines such as People, The New Yorker, USA Today, Ladies Home Journal and Texas Monthly, as well as many local newspaper, radio programs, and television news shows.