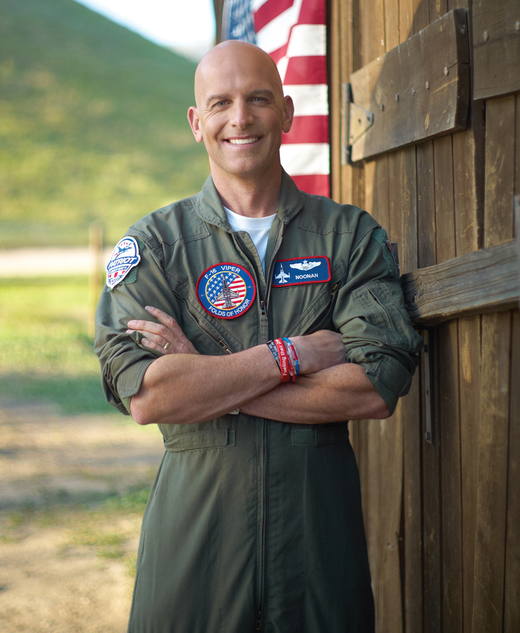 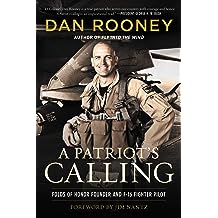 An American hero. Major Dan “Noonan” Rooney is a fighter pilot with 3 combat tours in Iraq, a PGA Golf Professional, and the founder of the Folds of Honor. He has served as the motivational speaker for two U.S Ryder Cup teams and is a frequent guest with FOX News. A decorated military aviator, Major Rooney is currently stationed at Tyndall AFB Florida as a member of 301st Fighter Squadron.

Shortly after returning from his second tour as an F-16 fighter pilot in Iraq, fate would change Major Dan Rooney’s life forever. He will tell you it was synchronicity…chance with a purpose that placed him as a passenger on United Flight 664. On a cold spring night he witnessed the other side of war as Corporal Brad Bucklin escorted his twin brother Corporal Brock Bucklin home from Iraq. Rooney watched Brock’s four-year-old son standing helpless on the tarmac as his father’s flag-draped casket inched down the cargo ramp. At that moment, Rooney was called on a mission to ensure that the sacrifices of America’s heroes—our fallen military personnel—would never go unappreciated or unrewarded. Rooney founded Folds of Honor and has raised over $100 million and has awarded over 13,000 educational scholarships to the family members of soldiers killed or disabled in combat. Rooney is the author of A Patriot’s Calling: Living Life Between Fear and Faith. He has been awarded with numerous honors for his philanthropy and patriotism and named People magazine’s “Hero of the Year” and ABC World News’ “Person of the Year.” He will tell you his proudest accomplishment is being father of five daughters.