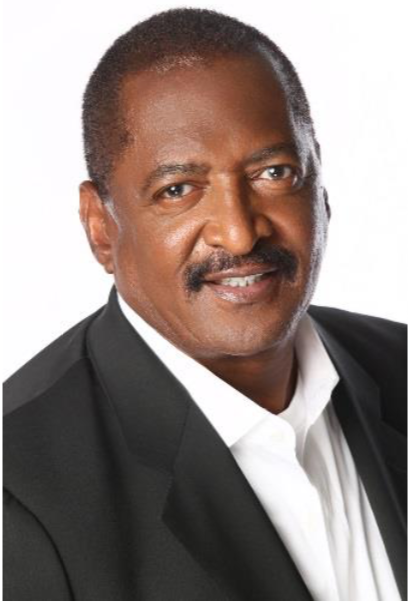 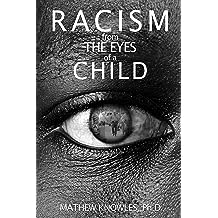 Visionary, educator, and international business leader, Mathew Knowles, is the founder, President, and CEO of Music World Entertainment. Over 25 years in music and entertainment, he has experienced phenomenal success and has played a vital role in transforming the industry. Knowles current focus is on sharing his knowledge and experience as the proud author of the number one best seller book The DNA of Achievers which talks about the 10 Traits of Successful Professionals. In his book, he explores the successes and failures of creating a global brand for one of the world’s leading entertainment companies.

As a self-made entrepreneurial success story who came from a small town and became one of the world’s top entertainment managers and executives in the music industry, Knowles enjoys motivating and inspiring others by sharing his knowledge and experience with others as an educator, public speaker, author, philanthropist, and entertainment consultant.

A self-described “small town country boy,” Knowles grew up in Gadsden, Alabama. He credits his parents with instilling both drive and strong family-centered values within him. His mother was a strong advocate of desegregation. As a result, he was among the first African-Americans to attend Litchfield Junior High School and Gadsden High School. He also was among the first African Americans to attend the University of Tennessee in Chattanooga. Additionally, Knowles is a 1974 graduate of Fisk University, where he earned both a Bachelor of Arts degree in Economics and a Bachelor of Science degree in Business Administration. He was bestowed with the honor of Doctor of Humane Letters from his alma mater at the University’s 2008 Commencement Ceremony.  Knowles also holds an MBA and Ph.D. in Strategic Planning and Organizational Culture, from Cornerstone Christian Bible College. After graduating from college, he began a career as a sales and marketing representative for Xerox in Houston, Texas, where he became one of the top sales executives of medical equipment worldwide. During his tenure with Xerox, he led over 100 marketing and sales seminars for the African American sales team.

Knowles holds a professorship at Texas Southern University, where he teaches courses on the entertainment industry in the School of Communications such as Artist Management, Introduction to the Recording Industry, Special Topics in Entertainment, Entertainment Management, and Media Entrepreneurship. One course, Introduction to the Recording Industry, provides students with a core understanding of all aspects of the music business—from finding talent to recording, to marketing, to business issues. In Entertainment Management, he introduces students to a modern-day approach to the techniques and tools needed to build effective leaders and managers in the entertainment industry. Knowles has also taught Entrepreneurship in the Jones School of Business at Texas Southern University. Knowles also has been a popular keynote speaker and guest lecturer at colleges, universities and various organizations throughout the country, including Rice University, University of Southern California, Berklee College of Music, the Sync Summit, Management Leadership for Tomorrow, Billboard Music & Money Symposium, The Power of Diversity Leadership Panel, and numerous others. In addition to Knowles’ education and public speaking platforms in the United States, he has been featured in several summits and conferences in Europe, Japan, and Canada. As of recent, Knowles has also launched the Knowles Institute, which is an e-learning platform to equip individuals with the tools and knowledge to be successful entrepreneurs and industry executives.

Knowles’ successful track record has expanded to include film and television. He is executive producer of the #1 box office hit, Obsessed. Knowles also executive produced and is featured in two international reality series: UK’s #1 rated show, Chancers, and the series Breaking From Above, a six-episode program based on the British girl group From Above and their struggles to stay on top. The series aired on MTV International and was viewed in over 160 countries.

. He is the recipient of the Century Award of Excellence (1911-2011) from the Omega Psi Phi Fraternity, and the 2011 Living Legends Foundation Award. He was named the “2007 International Executive of the Year” by the Greater Houston Partnership, and was honored by the City of Houston with the declaration of “Mathew Knowles Day.” Knowles was an active and longtime voting member of the National Academy of Recording Arts and Sciences (NARAS) and served on its GRAMMY® Board Committee. In 2011, he was appointed to the Board of Directors of the Gospel Music Association.

Racism From The Eyes Of A Child is a personal reflection on racism in America through a childhood lived through the country’s most separate past. From the 1950’s-70’s, ​m​usic mogul Mathew Knowles experienced one of many firsts—from integrating all-white schools in the south, up through his experiences in the corporate, and later music world. By adding photos and the childhood accounts of friends and family members, he offers up a rich All-American ​s​aga.

Knowles examines the backdrop of discrimination by​ tracing his family’s southern roots; post-slavery from the 1800’s, up through the civil rights protests, on into the present racial climate. In this, he delivers a closer look at segregationist times—from ​school integration to cattle prodded protestors such as himself​. Racism From The Eyes Of A Child shows how the resistance ​grew over the years, ​and created generations of fighters and against-odds achievers.

Knowles peels back years of racism, discrimination and segregation that existed from the past up to present. He talks about difficult topics such as “coloration” in the Black community, profiling by our police, eroticized rage to racism in the workplace.

The DNA of Achievers: 10 Traits of Highly Successful Professionals is intended to be a business-oriented, motivational, and inspirational book all rolled into one. As the title suggests, it focuses on characteristics that are common among successful people from all walks of life.

Throughout his long career, Mr. Knowles has encountered individuals who have motivated, inspired, and contributed to his success. The author’s goal is to recount illustrative true-life experiences of ten traits commonly shared by successful people. His personal top ten are: 1) passion; 2) vision; 3) work ethic; 4) team-building; 5) planning; 6) talk-to-do ratio; 7) learning from failure; 8) giving back; 9) risk-taking; and 10) thinking outside the box.

As a self-made entrepreneurial success story who came from a small town and became the top salesperson at Xerox Medical System, sold successful businesses he created, and became one of the world’s top entertainment managers and executives in the music industry, the author embodied all of these traits.

The DNA of Achievers features nearly thirty inspirational essays by luminaries in all areas of entrepreneurship, entertainment, sports, and philanthropy—not to mention a singer or two!

Check out the links below to see what MTV.com and attendees had to say about their experience with music mogul Mathew Knowles!

Number of speeches done in the past year: 18

Industry or types of groups most often speak for: