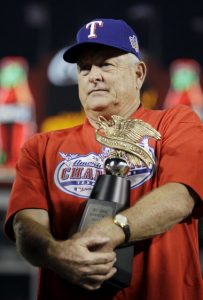 Nolan Ryan (born 1947) is considered one of the best pitchers of all time, known both for his fastball and as a role model for players and fans alike.

Ranked among the greatest pitchers of all time, Nolan Ryan struck out a record 5,714 batters and had 61 shutouts over a career that spanned from 1966 through 1993. Ryan’s career saw 324 games won and 292 games lost. 1973 marked the beginning of what would later become a baseball legend when Ryan set a major league record of 383 strikeouts for a single season. However more important than his incredible blazing fast ball or his fantastic durability, Ryan brought back to baseball a concept that had been sorely missing – the idea of an American hero.

Ryan was not only a player that others in the game could look up to as a professional role model, but he was also someone that mainstream America could look to as a role model as well.

Ryan, unlike others who play the sport today, was never concerned with money. Although he was the first pitcher to earn a million dollar annual salary, Ryan played for the love of the game and it was this love that endeared him to the American populace.