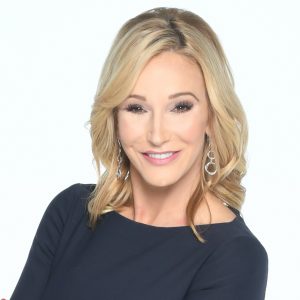 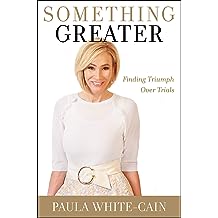 Paula White, Senior Pastor of New Destiny Christian Center in Orlando, Florida, is a celebrated author and teacher, beloved mother and mentor, popular TV personality, and spirit-led preacher of God’s Word. By sharing her story of overcoming tragedy and finding restoration through the power of Christ, she has impacted people from every walk of life around the world. Whether men, women, or children…business executives, currently unemployed, or college students… wealthy, impoverished, hopeful, or in despair, Paula can relate to them…and through her transparent and heartfelt love of God, they can relate to her.

Raised in the small town of Tupelo, Mississippi, at the age of five Paula’s world was thrown into a tailspin when her father committed suicide. The tragedy turned her family upside down, and Paula’s childhood was marred by sexual and physical abuse, leading to feelings of abandonment, confusion and betrayal during her teenage years. But at the age of 18, Paula was introduced to the Bible, and her life began to transform: soon after, she gave her life to God, and received a vision that she was to preach the gospel of Christ around the world.

Paula began ministering in the inner cities of Washington, DC, in the late ’80s; by the early ’90s, she was in post-riot Los Angeles, sharing Jesus with children whose neighborhoods had been hardest hit by violence. Paula answered God’s call to help co-found Without Walls International Church in 1991—a ministry that has gone on to touch the lives of hundreds of thousands of those in-need. In 2001 she founded Paula White Ministries, her global media ministry to reach the world with God’s message of hope.

The evolution of Paula White Ministries has included hundreds of local and international outreaches, supporting orphanages, holding feedings and giveaways, and sponsoring several global missions outreaches. For many years Paula White Ministries has been a regular supporter of a Haitian orphanage that provides life and hope to abandoned and homeless children. Working through the orphanage, the ministry was there just hours after the January 2010 earthquake’s destruction with food, water, and clothing, for the children, later providing tents as the masses continued to arrive.

Paula continues to be an inspiration to millions around the world – and was featured as one of the five most innovative and impacting church leaders of today in the book Holy Mavericks, Evangelical Innovators and the Spiritual Marketplace (Lee & Sinitiere, New York University Press). Her voice reaches “the voiceless” — with a message of salvation and wholeness…and she passionately shares God’s transformative Word with those seeking to discover their purpose in life, and launch into their destiny. It’s obvious that “she understands, she’s been there, and she knows how to get out.”

Her international television program, “Paula Today,” has been seen in over 200 countries, and she has been featured on popular syndicated television shows such as “The Doctors”, “The Dr. Phil Show”, along with multiple appearances on “The Steve Harvey Show”. Her podcast “Hope For Today with Paula White” was nominated for awards and has been featured as one of the highest rated “spiritual” podcasts online, and she has been listed as one of the Top 50 “Most Influential Christians in America,” by The Church Report (2006).

She has received the 2011 Impact Leadership Award during the 5th Annual International Financial and Leadership Summit in Houston, Texas; the 2009 Humanitarian Award by the Trumpet Award Foundation; the 2007 Behind the Bench “Mind, Body Spirit Award” from the NBA Wives Organization; and the 2006 “Trailblazer Award” by Jesse Jackson and Rainbow Coalition. In 2008, she performed the Invocation for the 40th Anniversary of Dr. Martin Luther King Jr.’s assassination in Memphis, Tennessee, and was a presenter at Maya Angelou’s 80th birthday tribute in Atlanta, Georgia.

She has participated on the board for Safe Horizons non-profit organization, advocating for women and children who are victims of domestic violence; and partnered with Harlem’s Northside Center for Child Development, supporting their efforts to provide social services to underprivileged children and families. Paula White Ministries has sponsored its annual “Table in the Wilderness” Thanksgiving Food Drive outreach, and “Back To School Bash” for children in need, in locations including Tampa, San Antonio, New York City, Los Angeles, and the Appalachians in North Carolina. In 1992, in the wake of the infamous Los Angeles riots, she co-founded Operation S.T.I.T.C.H.E.S (Saving The Inner Cities Through Christ’s Hope Eternal Salvation) to minister to America’s troubled urban areas, and was founder of Operation Explosion, a vital outreach ministering to the needs of those living in America’s inner city.

Today, as a much-in-demand speaker and teacher of the gospel, she continues to travel extensively to fulfill her mandated mission: to transform lives, heal hearts, and win souls.