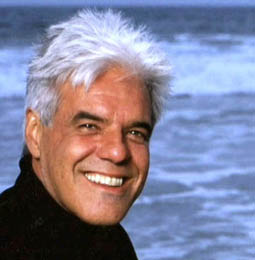 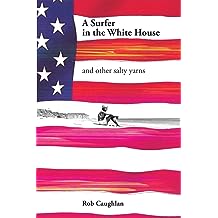 Rob Caughlan is a veteran of more than 350 environmental speeches, presentations, and guest lectures given over the last twenty-five years. He has spoken on numerous environmental topics, including endangered species, population stabilization, ocean protection, the history of the American environmental movement, and individuals making a difference.

Caughlan is a powerful and entertaining speaker, alternating between inspiring and illuminating accounts of environmental problems and victories and funny and sometimes poignant stories about the all too human actors on all sides.

As a result of his career of successful advocacy, Caughlan has a multitude of anecdotes which he uses to bring his speeches to life for audiences. He founded the Sam Ervin fan club during the Watergate hearings, led the Surfrider Foundation to victory in what was according to Newsweek magazine the second largest clean water enforcement action in the nation’s history, and worked on the staff of the late Congressman Leo Ryan (who was assassinated in the Jonestown tragedy). Friends of the River was born as an organization in his living room.

He initiated and assembled the resources to begin the production of a ten-part television series for Turner Broadcasting on global environmental issues called Voice of the Planet starring William Shatner and Faye Dunaway. Over the years, Caughlan has also worked with such Hollywood notables as Robert Redford and Paul Newman to gain television coverage for environmental causes. People Magazine, covering his struggle on behalf of ocean protection, called him a “righteous dude,” and the legendary San Francisco columnist Herb Caen reported several times on his exploits.

His speaking skills have been polished in a career that includes communications consulting and speech writing for more than 40 political candidates, including Leo Ryan, Diane Feinstein, Alan Cranston, Pete McCloskey, Jay Rockefeller, and Jimmy Carter. He has often served as a spokesman for environmental causes and campaigns, appearing on more than 125 radio and television news, feature, and talk programs. These duties have led to stories about Caughlan in everything from Time, Newsweek, and The New York Times to People Magazine and The National Enquirer.

He is currently seeking engagements to speak at environmental and professional conferences and meetings as well as in community and campus speakers series. His major speeches are between 30 and 50 minutes, and he will tailor well developed themes to match the experiences and situations of particular audiences. His current themes of choice include: