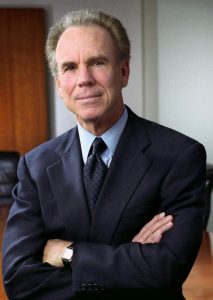 Roger Staubach is a businessman, Heisman Trophy winner and legendary Hall of Fame former quarterback for the Dallas Cowboys from 1969 until 1979. Staubach was key in developing the Cowboys to become one of the best team of the 1970s and led the team to nine of the Cowboys record-setting twenty consecutive winning seasons. He led the club to five Super Bowl appearances, with victories in Super Bowl VI and Super Bowl XII. Staubach was named Most Valuable Player of Super Bowl VI becoming the first of four players to win the Heisman Trophy and Super Bowl MVP. Staubach was described by legendary coach Tom Landry as ”possibly the best combination of a passer, an athlete and a leader to ever play in the NFL”. After Roger Staubach’s football career, he is known for building a commercial real estate empire of which he recently sold his company to Jones Lang LaSalle for $613 million dollars. Today, Staubach continues to be the Americans Chairman for Jones Lang LaSalle. &nbspHe continues to speak to audiences around the world motivating and inspiring them to achieve their dream, accomplish their goals, and push their potential to the limit. &nbsp