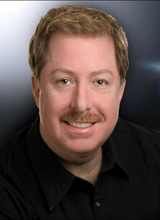 One of Houston’s most loved on-air radio personalities, Sam Malone is back in the saddle and hosting a new morning show on AM 700 KSEV, The Voice of Texas. Malone is now maning the morning show microphone every weekday from 6:00 to 9:00 am.

Houstonians grew up with Malone as he hosted the top-rated morning show on 104.1 KRBE for 12 years. His quick wit and memorable interviews earned him a loyal following and #1 ratings. Sam then went on to host the morning show on MIX 96.5 KHMX, and enjoyed the same success. Malone’s ability to combine human interest, entertainment, politics and life made his show a one-of-a-kind program.

Sam Malone’s new morning show brings the same successful style to the world of Talk Radio. He’s already been described as the “Entertaining Conservative.”Malone, being the crafty wordsmith, jokingly combined the two words into “Conserva-tainment!”

Sam added, “Everything that I’ve worked for in radio has led to this moment, and now I have this amazing platform to talk about topics that are both important and engaging to my listeners. I am really excited about launching this new morning show!”

Like Sam, the show is funny, compelling and passionate. Entertainment Tonight’s Mark Steines, Houston Texans kicker Kris Brown and Astros owner Drayton McLean are just a few of the guests who have already appeared on the show.

“In this new format, Sam has been able to get passionate on the air about certain issues. He brings a unique sound to talk radio in that he interjects a lot of fun intermingled with the serious topics of the day,” said radio personality Dan Patrick. Patrick went on to say, “Sam’s audience has grown up with him, and now they are very active in politics in their community and in their family’s future.”

In addition to hearing him in the morning, Sam also appears as an entertainment reporter on Great Day Houston on KHOU Channel 11. In the past, Sam has appeared on Larry King Live on CNN, Fox News Channel with Neil Cavuto and as a guest on MSNBC.

Sam and his wife (and frequent caller) Denise have been married 20 years, and are parents to an 11 year old son named Jake.

Some of his speaking topics include:

“Life In Radio and Television. A Funny behind-the-scenes look at working in radio and television”

“A Parents Guide to New Media…or…If you wash your hands, can you still catch a viral video!”

“The Entertainment Industry and Conservative Politics – Why Can’t We Be Friends?”

“Secrets To A Successful Marriage”

“So, You or Your Child Wants to Work in Radio or TV – The Inside Scoop on Getting Into the Business.”

“Creating The Best Interview – Whether its Jon Bon Jovi, Barry Manilow, Beyonce or your next employee, getting the most from the person sitting across from you.”