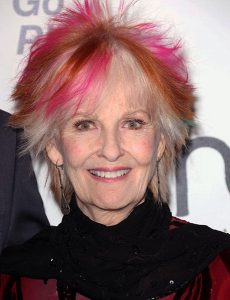 When television viewers think of Shelley Fabares, they call up fond memories of her roles in such television classics as The Mickey Mouse Club, The Donna Reed Show and One Day at a Time. They also loved her for her co-starring role in the ABC smash hit Coach.

Yet it is the role with which few of her fans are familiar that has most affected Fabares life: her real-life role as primary caregiver to her mother as she struggled through a nine year battle with Alzheimer’s disease that ended with her death in 1992.

When her mother was first diagnosed, little was known about this cruel disease. Today, Fabares dedicates much of her time and effort through the National Alzheimer’s Association to educate the public and raise money for a cure. A member of the association’s national board of directors, she has testified four times before Congress on the need for increased funding for Alzheimer’s research and services.

“I love being an actress,” Fabares explains. “It’s been my whole life. But with the work I’m doing for Alzheimer’s, I feel this is what I’m supposed to be doing on this planet. I don’t know where else it will lead, but I realized a short while ago, ‘This is what life is about. This is why I’m here.’”

Recently, Fabares encountered another life-changing event when she was diagnosed with autoimmune hepatitis that had destroyed her liver. After waiting one year and ten months for a donor, she underwent a complete liver transplant. She now advocates the importance of organ donation to those considering it, citing that each organ donor can give up to 50 people enhanced life or life itself.