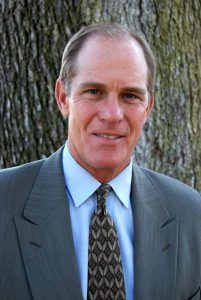 FROM THE WHITE HOUSE TO HOLLYWOOD 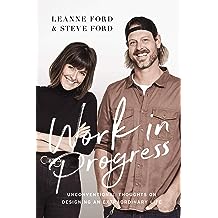 Steve Ford has enjoyed a successful acting career for over 25 years appearing in over 800 hours of film and television productions. He has worked on over 30 films and many guest leads in television. Most recently you would have seen Steve appearing in the hit movie TRANSFORMERS. Steves other film credits include films such as BLACKHAWK DOWN, CONTACT with Jodie Foster, ARMAGEDDON with Bruce Willis, STARSHIP TROOPERS, ERASER with Arnold Schwarzenegger, HEAT with Al Pacino and Robert DeNiro, and WHEN HARRY MET SALLY as Meg Ryans boyfriend. He has also done numerous guest leads in television shows such as SUDDENLY SUSAN, J.A.G., DARK SKIES, FLIPPER, WALKER TEXAS RANGER, DR. QUINN MEDICINE WOMAN, BAYWATCH, MR. AND MRS. SMITH, THE CAPE, PENSACOLA, THE SENTINEL, COLUMBO, MURDER SHE WROTE, and HAPPY DAYS.

Before becoming an actor in 1979, Steve worked on the professional rodeo circuit as a team roper and still ropes today in his spare time. He owns a ranch in California. Steve was involved in the thoroughbred race horse industry for years during the 1980s and 90s as an owner, breeder, racing manager and race track executive as Associate Vice President of Turfway Park Race Course in Kentucky. He represented Turfway Park for five years in all of their TV and radio advertising and served as the track spokesperson.

Today, Steve travels nationally as a motivational and inspirational speaker for corporate events and conventions, sharing memories of his familys stay in the WHITE HOUSE and his years in Hollywood. Steve served three years on the Board of Directors of THE NATIONAL COWBOY HALL OF FAME in Oklahoma City and currently serves on the board for THE PRESIDENT GERALD R. FORD MUSEUM and THE GERALD R. FORD FOUNDATION. He is the third son of former President and Mrs. Gerald R. Ford.

MOST REQUESTED PROGRAMS:
-Inside the White House and Hollywood…Getting To The Top With Character

-Writing the Vision/Script For Your Life With Character

Steve has spoken to groups as small as 15 and as large as 64,000 and will customize his presentation to fit your specific needs.

What others have said:
-Steves style of commentary and timing with the audience is truly the magic in this presentation. This program is about family values-before it was a politically correct term. -Romona Jones, Pres, Independent Banks Association, Texas

-Steves content was facinating, and his delivery was entertaining, humorous, thought provoking, and perfectly timed for the audience. Steve challenged us to rethink our own lives in a bold fashion.J.M. Hetherington, Board Chair of Measurement Science Conference, Pasadena Convention Center, Pasadena CA.