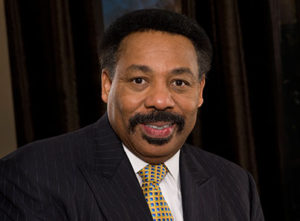 Social Activist, Theologian and Founder/President of The Urban Alternative 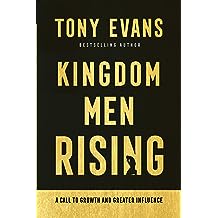 Tony Evans has served as an associate evangelist with the Grand Old Gospel Fellowship in Philadelphia, Pennsylvania. He helped organize and served as Vice President of Urban Evangelical Mission, a national evangelistic and church planting organization, and served as an associate professor in the Pastoral Ministries Department of Dallas Theological Seminary in the areas of evangelism, homiletics, and black church studies. He also served as chaplain for the NFL’s Dallas Cowboys and presently serves as chaplain for the NBA’s Dallas Mavericks.

Dr. Evans is co-founder and serves as Senior Pastor of the 7,000 member Oak Cliff Bible Fellowship in Dallas, Texas. He is also founder and president of The Urban Alternative, a national organization that seeks to bring about spiritual renewal in urban America through the church. The Urban Alternative radio broadcast, “The Alternative with Dr. Tony Evans” can be heard over 400 stations daily throughout the U.S. and in over 40 countries worldwide. He is a speaker on the Promise Keepers’ platform, as well as speaking regularly in crusades and Bible conferences in the United States and abroad.

Dr. Evans also received an Honorary Doctorate of Humane Letters from Eastern College in St. Davids, Pennsylvania and an Honorary Doctor of Divinity from Dallas Baptist University in Dallas, Texas. Named “Student of the Year”, Carver Bible College (1972); received the “Outstanding Achievement” award from Dallas Theological Seminary (1976); graduated from Carver Bible College and Dallas Theological Seminary with academic honors. Listed in Who’s Who Among Students in American Universities and Colleges, and Outstanding Young Men of America.

He was the first African-American to graduate with a doctoral degree from Dallas Theological Seminary. Dr. Evans was named “Father of the Year” in 1989 by Dallas Father of the Year Award Committee Group. He was also honored by Family Research Center with the Marian Pfister Anshutz Award in recognition of his “dedication to protecting, encouraging and strengthening the American family.” In addition, he serves on the Board of Incorporate Members for Dallas Theological Seminary, as well as the board of the National Religious Broadcasters and the Urban Evangelical Mission.