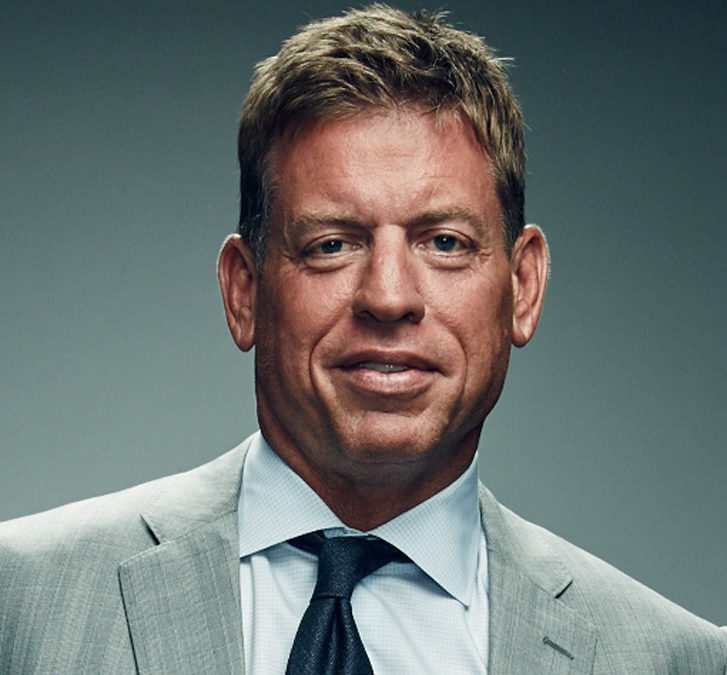 One of the few NFL players in history to lead his team into more than one Super Bowl victory.

He has also been recognized for his work for and with children. On January 22, 1998, he received one of professional football’s highest honors when he was named NFL man of the year. In large part, this was because of his Foundation, which was founded in 1992 ”to provide financial support for the physical, psychological, social and educational needs of dependent children whose needs are not being met, either in whole or part, by any other viable resource ” Troy Aikman’s foundation is involved in establishing Aikman’s End Zone playrooms in children’s hospitals. Money from his fan club and his children’s book, ”Things Change” benefit the foundation.

The book was the best-selling children’s sports book in 1995 and sold more than 100,000 copies. Troy Aikman has had many accomplishments in his life. He has been a football player, an actor and a singer. Troy Aikman played himself in the movie, ”Jerry Maguire,” and starred in several television episodes and series including, ”The Simpsons,”in which he played himself, ”King of the Hill,” playing himself, and ”Coach,” playing himself. He also recorded a song on ”NFL Country,” with country star Toby Keith and made other recordings on various record labels..