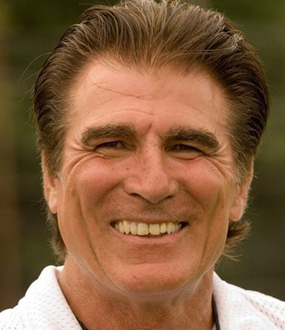 It was 1976 and the Philadelphia Eagles were a losing franchise. Looking to win again, Eagles’ ownership hired the young and energetic college coach Dick Vermeil who put his credibility on the line with bosses and fans when he announced that the Eagles would be hosting an open tryout. Fans and pundits were stunned and unsure of this hotshot coach who had no NFL experience.

Enter Vince Papale who was a local thirty-year old teacher and coach. Helping making ends meet as a part-time bartender, he was also a season ticket holder for the Eagles. This diehard fan had only one year of high school football and weekend pickup games as experience when he decided to take a shot at his dream to play professional football for the Philadelphia Eagles.

Papale was the only player from the open tryouts invited to camp with the Eagles. His underdog story, work ethic, and love of the game made him a fan favorite and he was dubbed the ”real Rocky.” However, inside the clubhouse, Papale received a chilly reception from the veteran pros who went out of their way to make his experience at training camp as difficult as possible. Nevertheless, Papale persevered and made the team. He became known for his ferocious tackling and aggressive play on special teams, and ultimately played four seasons for the Eagles, becoming special team’s captain.

Papale’s inspirational achievements so galvanized fans that Walt Disney Studios brought this true-life tale to the big screen in 2006, titled Invincible and starring Mark Wahlberg as Papale. His story is also told through the book, Invincible: My Journey from Fan to NFL Team Captain.

Following his retirement from the NFL, Papale became a broadcaster. He went on to work in commercial mortgage banking and is now Marketing Executive and Special Projects Director for Sallie Mae. Papale has served as chairman or co-chairman for Philadelphia Vietnam Veterans, Spina Bifida Association, Association for Retarded Citizens, Multiple Sclerosis Society, and the American Heart Association. A survivor of colo-rectal cancer, he has served as a spokesperson for prevention and advance screening as well as for Eagles Fly for Leukemia, the Special Olympics, and the Boy Scouts. Papale has received the Chapel for the Four Chaplain’s Humanitarian Award, the United Way’s Gold Award, and the Jaycee’s Distinguished Service Award.