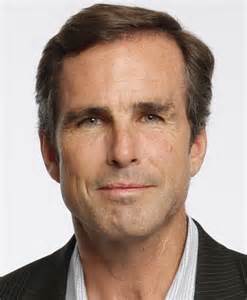 Bob Woodruff was born in Bloomfield Hills, Michigan. Woodruff began his career as an attorney after receiving his BA from Colgate University and his Juris Doctor from University Law School. In 1989, while teaching law in Beijing, he was hired by CBS News to work as a translator during the Tiananmen Square uprising. Shortly after he left the law practice and became a full-time correspondent, initially working for several local stations. Woodruff began working for ABC News in 1996 where he covered major stories throughout the country and around the world.

In 2005, he was named co-anchor or ABC World News Tonight. In 2006 his career took a turn when he was critically wounded while reporting in Iraq on the aftermath of the Palestine elections. Thirteen months after being wounded, Woodruff returned to ABC News with his first on-air report To Iraq and Back: Bob Woodruff Reports. Since returning to air, he has reported from around the globe, especially China. Woodruff and his wife, Lee, have four children together and co-wrote a bestselling memoir In an Instant, which talks about how he and his family got through his traumatic injuries.

The Woodruff family also established the Bob Woodruff Foundation to raise money to assist injured service members, veterans and their families. In 2014, Woodruff was awarded the third highest honor within the Department of the Army Civilian Awards, the Outstanding Civilian Service Award, for substantial contributions to the U.S. Army community through his work with the Woodruff Foundation.