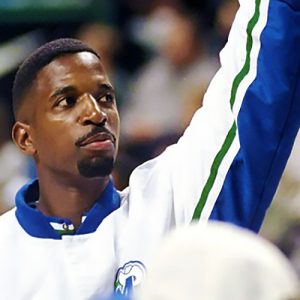 A.C. Green won three NBA Titles with the Los Angeles Lakers in 1987, 1988, and 2000. He currently owns the NBA title for consecutive games played with 1,192, having surpassed Randy Smith’s previous record of 907 consecutive games played on November 20, 1997. Today, Green is dedicated to working with youth. In 1989, he established the A.C. Green Youth Foundation with a focus on sexual abstinence education. Through his “I’ve Got The Power” and “Game Plan” abstinence curriculum, videos, leadership camps, and ClubAC.com youth website, Green’s mission is to help young people build self-esteem and character and learn moral and ethical principles which will help them make responsible decisions. Green is also is a youth mentor, author, speaker, and successful businessman. He is a role model that youth across America can respect, and for this he was recognized in the House of Representatives’ Congressional Record of October 26, 1999.

Playing through injury and illness, Green’s dedication, determination and consistency have proven him to be one of the hardest working players in the NBA. His “never give up” attitude was demonstrated in a nationally televised game against New York. When going for a rebound, J.R. Reid threw a vicious elbow and knocked his teeth out. Instead of retaliating, and without missing a beat, Green simply picked up his teeth and continued to play with his teeth in hand until time-out was called.