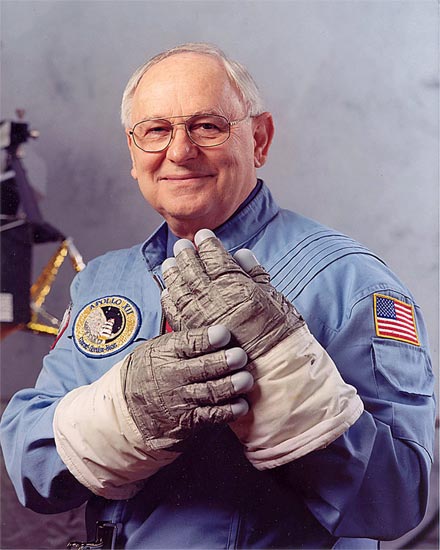 4th Man to Walk on the Moon

Artist and astronaut Alan Bean was the fourth man to walk on the moon as Lunar Module pilot on Apollo 12, the second lunar landing. Although it has been more than 39 years, his footprints still lie undisturbed on the moon’s Ocean of Storms. He later commanded the second Skylab mission in 1973, which lasted a record 59 days.

Bean abruptly left NASA in 1981 to pursue his lifelong passion for art. A voracious student, he immersed himself in polishing his talent with the same intensity he gave to Apollo.

Inspired by the impressionists and studying under contemporary masters, he is a first-rate artist who is as comfortable rendering sharp realism as he is with portraying subtle emotions through a faceless spacesuit. But what makes him truly exceptional is the fact that as the only artist to have ever visited another world beyond our planet Earth, he paints with an authenticity and insight completely unique in the entire history of art. His is a personal portfolio of the golden era of lunar exploration as viewed by the only artist to have ever been there.