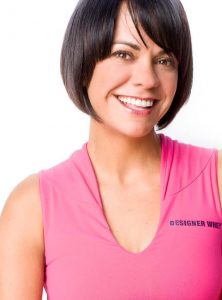 The winner of NBC’s hit show The Biggest Loser season five, and the first ever female winner, Arizona native Ali Vincent is a dynamic and inspirational speaker.

A former champion synchronized swimmer, Vincent set foot on The Biggest Loser ranch weighing 234 pounds. After weeks of hard work and dedication to health and fitness on the ranch and at home, Vincent stepped on the scale at the finale weighing in at 122 pounds- 112 pounds less than her starting weight.

Vincent holds several philanthropic causes close to her heart and has participated with the Susan G. Komen Race for the Cure and Girls Night Out to Cut Out Domestic Violence. She has been featured in numerous magazines and on both national and local talk shows, including the Oprah Winfrey Show, Ellen and The Today Show. She is a spokesperson for 24 Hour Fitness, where she trains, and is currently featured in 24 Hour Fitness ads in several US markets. She was also recently named a spokesperson for Infinity Insurance. Earlier this year, she was honored as the 2008 Inspiring Woman of the Year by the 2007 WNBA Champion Phoenix Mercury.

Vincent’s personal mantra is ”Believe it. Be it.” Full of energy and always ready to share her message of positivity, lifelong health and fitness, she speaks to groups both large and small, including students, business professionals and private ones throughout the United States.