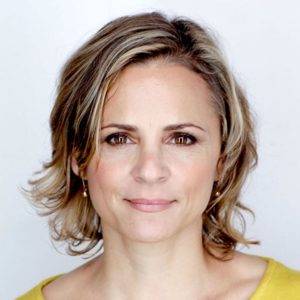 Actress, comedienne and best-selling author Amy Sedaris has made a name for herself as America’s most delightfully unconventional hostess. Best known for her hilariously entertaining portrayal of the character Jerri Blank in the Comedy Central television series and subsequent movie, Strangers with Candy, she is also the author of the hospitality book I Like You: Hospitality Under the Influence and most recently, Simple Times: Crafts for Poor People. A regular collaborator with her older brother, humorist and author David Sedaris, Amy Sedaris is also a frequent guest on The Late Show with David Letterman. Beyond Strangers with Candy, Sedaris has appeared in numerous popular television shows and films, including Sex and the City, Elf, School of Rock, Maid in Manhattan, Bewitched, Snow Angels, Full Grown Men, Chicken Little, Shrek the Third and Shrek Ever After, where she voiced Cinderella. In 2008, Sedaris starred as principal Abby Hofman in Nickelodeon TV’s Gym Teacher: The Movie, directed by her Strangers with Candy co-star, Paul Dinello. Her sidesplitting guide to entertaining, I Like You: Hospitality Under the Influence delights audiences with its light-hearted and tongue-in-cheek approach to cooking. Praised as ”an outrageous and deadpan delight,”by Publisher’s Weekly, I Like You stayed on the New York Times best-sellers list for more than 12 weeks, and currently has over 350,000 copies in print. Her latest book and follow-up to I Like You, Simple Times: Crafts for Poor People, coauthored with Paul Dinello, invites us all to remember the ”good old days” with her off-the-wall crafting and entertaining suggestions. Demonstrating that crafting is one of life’s more pleasurable and constructive leisure activities, Sedaris shows that anyone with a couple of hours to kill and access to pipe cleaners can join the elite society of crafters. Sedaris is also the coauthor of the text-and-picture novel Wigfield with Paul Dinello and Stephen Colbert, and has written a widely popular and humorous monthly advice column for The Believer. Extending her talents to the world of theater, Sedaris co-authored several plays with her brother under the name ”The Talent Family”, including Stump the Host, Stitches, One Woman Shoe, Incident at Cobblers Knob and The Little Frieda Mysteries. Always the hostess, Sedaris also runs a cupcake and cheese ball business, Dusty Food Cupcakes, out of her home kitchen. Combining her comedic talents and charming ingenuity, Sedaris reaches a wide range of devoted and enthusiastic fans who eagerly quote her Comedy Central lines and devour the pages of her how-to books.