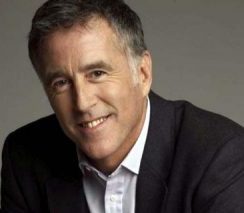 Christopher Kennedy Lawford spent 20 years in the film and television industries as an actor, lawyer, executive, and producer. He is the author of two New York Times best-selling books, Symptoms of Withdrawal: A Memoir of Snapshots and Redemption (2005) and Moments of Clarity (2009), as well as Healing Hepatitis C (2009). His latest title, Recover to Live: Kick Any Habit, Manage Any Addiction, is due for publication in January 2013.
In recovery for more than 26 years from drug addiction, Kennedy Lawford campaigns tirelessly on behalf of the recovery community in both the public and private sectors. He currently works with the United Nations, the Canadian Center on Substance Abuse, the White House Office on Drug Control Policy, and the World Health Organization. He also consults with Fortune 500 companies and numerous nonprofit groups, speaking around the world on issues related to addiction, mental health, and hepatitis C.

Christopher Kennedy Lawford holds a BA from Tufts University, a JD from Boston College Law School, and a master’s certification in clinical psychology from Harvard Medical School, where he held an academic appointment as a lecturer in psychiatry.