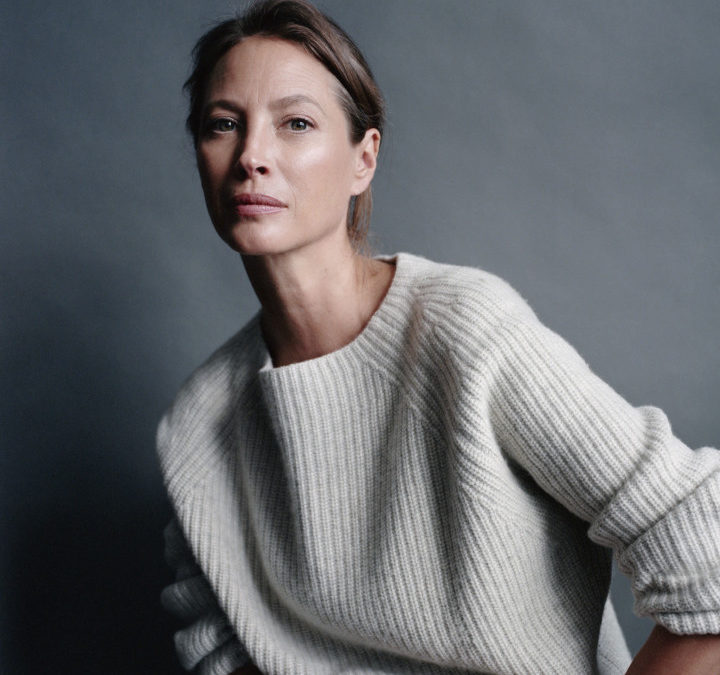 Entrepreneur, role model and spokesperson in the cosmetic, fashion, business and political spheres

From fashion icon to activist, Christy Turlington has successfully created a diverse and multi-talented career as an entrepreneur, role model and spokesperson in the cosmetic, fashion, business and political spheres. She has graced every magazine cover from Vogue to Time, and today she is an advocate for wellness and international aid, supporting women’s health projects and relief work across the globe. Additionally, Turlington is widely recognized as a prominent voice for yoga and a healthier way of life. Christy’s long term interest in yoga has culminated in the creation of two successful businesses – nuala and Sundari, an Ayurvedic skincare line – as well as the best selling book Living Yoga: Creating a Life Practice (Hyperion, 2002).

After leaving the runway in 1994, Christy Turlington returned to complete her undergraduate education at New York University with a major in comparative religion and philosophy. She then shifted her focus to achieving certain personal and entrepreneurial aspirations. After graduating, Turlington decided to merge her avid interest in yoga and eastern practices with her extensive experience in the fashion and beauty industries.

Turlington’s first endeavor was the launch of nuala, an apparel line which uses yoga as a metaphor for an active and balanced lifestyle. Christy partnered with Puma in the spring of 1999 to create the brand, which is an acronym for natural-universal-altruistic-limitless-authentic. The idea for the collection came from Christy’s own desire to find clothing appropriate for her ever evolving and active lifestyle. About nuala, she says, ”the clothing allows me to move freely and confidently throughout my life. I call it ‘meditation in motion’.” With Turlington as President, nuala has experienced explosive growth since its inception.

Christy also partnered with two cosmetic industry executives in the Fall of 1999 to create Sundari. The luxury skin care venture was based on ancient Indian Ayurvedic principles which teach that the balancing of the mind, body, and spirit holds the secret to health, vitality, longevity, and beauty. In February 2003, Turlington and her two partners successfully sold Sundari to Marico Industries Ltd., one of India’s fastest growing consumer products companies with almost 150 million dollars in revenues in 2002. Marico’s acquisition of the company reinforces the brand’s Indian heritage and provides the infrastructure to enable Sundari to continue to flourish in the U.S. and international marketplace. Turlington and Puma also announced in 2003 the launch of Mahanuala, a new collection of technical yoga-wear created as a complementary diffusion line to nuala.

Christy’s ongoing interest in integrating the many tenants of yoga into a healthy and rewarding lifestyle resulted in her writing the book Living Yoga: Creating a Life Practice (Hyperion 2002). The book received glowing reviews and throughout 2003 and 2004 Living Yoga was published worldwide in Japanese, Korean, German, Spanish and French editions.

Her passion for volunteer work and dedication to conscious consumerism is exemplified by a long history of partnering with charitable organizations, both personally and through her business practices. As a daughter of a Salvadoran mother, Christy became active in the rebuilding of post-war El Salvador in the early 1990s. Working on the ground with the Salvadoran American Humanitarian Foundation and their in-country sister foundation, FUSAL, she experienced first-hand how a little support can go a long way. After leaving the runway in 1994 to complete her undergraduate education at New York University, she spent her summers volunteering as camp counselor with young cancer patients and their siblings at Camp Okizu in Northern California where she grew up. After losing her father to lung cancer 1997, her activism further took root in health awareness, specifically surrounding the issue of smoking-cessation/prevention and has since grown to encompass global health as it relates to women and children. She has participated in numerous public service campaigns for the Centers for Disease Control and Prevention, the American Cancer Society, the American Lung Association, and MTV, working closely with ex-Vice President Al Gore on Tobacco related issues. Christy served as a key witness at Senator Frank Lautenberg’s national field hearing for the U.S. Senate Democratic Task Force on Tobacco and in 2002 launched an award-winning website, www.smokingisugly.com, offering a variety of resources on smoking cessation and lung cancer awareness. Through her two companies and a foundation she personally funds, Christy has also partnered with progressive organizations such as Peacewomen.org, V-Day, Adopt-A-Minefield, Cancer Care, and the One Campaign.

An avid writer, Turlington has crafted a number of travel and exploration stories for magazines such as Conde Nast’s Women’s Sports and Fitness, Harper’s Bazaar and Yoga Journal. She continues to combine her love of adventure and journalism as a guest on NBC’s Today Show, first in 2001 as a correspondent covering the health benefits of Yoga, and soon thereafter in January 2002 when she traveled to Afghanistan to report on UNICEF’s ”Back to School Campaign.” In the fall of 2002, she traveled to Dharmasala, India for NBC again to interview H.H. The Dalai Lama about the perils and lessons of living at war. Today she is actively focusing on Maternal and Child Health, serving as CARE advocate for Maternal Health, with whom she has traveled to El Salvador and Peru. Christy is also a spokesperson for (RED), an initiative to raise awareness and money for The Global Fund by producing products, in partnership with some of the world’s largest brands, whose proceeds help provide anti-retroviral drugs to those affected by HIV/AIDS in Africa.