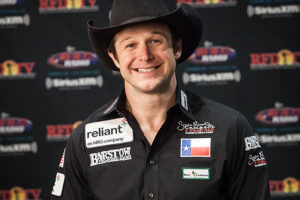 A highly recruited football player after high school, Cannon was a star fullback for Stephen F. Austin University and Texas A&;M Commerce, where he graduated with a degree in Agricultural Human Resources. While in college he was a two-time qualifier for the College National Finals Rodeo. He joined the PRCA in 2003 and was voted “Rookie of the Year.” His father Jay also competed in rodeo for 20 years and is a PRCA Gold Card Member.

Outside the rodeo arena, Clint is involved in the Justin Cowboy Crisis Fund, a fund formed to help professional rodeo athletes and their families in the event of catastrophic injuries, and to give back to his hometown of Waller, Texas Clint organizes and devotes his time each year to a free rodeo school for kids.