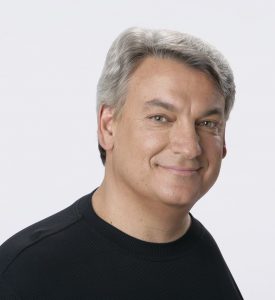 Retired baseball pitcher, Dave Dravecky, was born February 14, 1956 in Youngstown, Ohio. David Dravecky is a Christian motivational speaker, author, and former Major League Baseball player for the San Diego Padres (1982-87) and San Francisco Giants (1987-89). He is well remembered for his battle against cancer, which ended his career as his team was reaching the World Series. He won the Hutch Award in 1989.

A left-handed pitcher, Dravecky represented the Padres at the All-Star game in 1983, his second season, in which he won 14 games. Equally proficient as a starter or coming out of the bullpen, Dravecky helped the Padres to their first pennant the following year.

In 1987, the Giants acquired Dravecky for their pennant drive. He went 7-5 during the stretch, and in the playoffs pitched a shutout in Game 2 against the St. Louis Cardinals and lost Game 6 by a score of 1-0. The Cards won in seven games.

The following season, a cancerous desmoid tumor was found in Dravecky’s pitching arm. He underwent surgery on October 7, 1988, removing half of the deltoid muscle in his pitching arm and freezing the humerus bone in an effort to eliminate all of the cancerous cells. By July 1989, he was pitching in the minors, and on August 10, he made a highly publicized return to the major leagues, pitching 8 innings and defeating Cincinnati 4-3. In his following start five days later against the Expos, Dravecky pitched three no-hit innings, but in the fifth inning, he felt a tingling sensation in his arm. In the sixth inning he started off shaky, allowing a home run to the lead off batter and then hitting the second batter. Then, on his first pitch to Tim Raines, his humerus bone snapped, ending his career.

To see Dravecky break his arm with a loud cracking sound while doing something as ordinary as throwing a pitch, then fall to the ground rolling in agonizing pain, was shocking, unusual, and upsetting, especially for those who had followed his touching story. The pitch was replayed on television repeatedly over the following days.

The Giants won the National League pennant in 1989 (defeating the Chicago Cubs in the NLCS in five games), and in the post-game celebration, Dravecky’s arm was broken a second time by Kevin Mitchell and Kelly Downs. A doctor examining Dravecky’s x-rays noticed a mass in his arm. Cancer had returned. Eighteen days later, Dravecky retired from baseball, leaving a 64-57 record with 558 strikeouts and a 3.13 ERA in 1,062.2 innings. He won the 1989 Willie Mac Award honoring his spirit and leadership.

Dravecky wrote two books about his battles with cancer and his comeback attempt: Comeback, published in 1990, and When You Can’t Come Back, published in 1992. He has also written a Christian motivational book titles “Called Up” which was published in 2004 by Zondervan. With the help of Tim Stafford Dave Dravecky also wrote a self-titled autobiography for children.