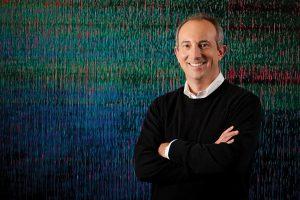 Dr. David B. Agus is a professor of medicine and engineering at the University of Southern California Keck School of Medicine and Viterbi School of Engineering and the founding director of USC’s Lawrence J. Ellison Institute for Transformative Medicine. He is one of the world’s leading physicians and the cofounder of several pioneering personalized medicine companies. Over the past twenty-five years he’s received acclaim for his innovations in medicine and contributions to new technologies that will change how all of us maintain optimal health. He’s also built a reputation for having a unique way of looking at the relationship of the human body to health and disease. He explains, “Sometimes you have to go to war to understand peace. My work on the front lines of the cancer war has taught me a lot about all things health related, much of which is surprising and goes against conventional wisdom.” As a contributor to CBS News, he comments on important health topics regularly on television.

Dr. Agus specializes in treating patients with advanced cancer. His clinical responsibilities include the development of clinical trials for new drugs and treatments for cancer, supported by the National Cancer Institute and other private foundations (he has no financial ties to drug companies). He serves leadership roles at the World Economic Forum, among other prestigious organizations. After earning his BA from Princeton University and medical degree from the University of Pennsylvania School of Medicine, he completed his medical residency training at Johns Hopkins Hospital, a research fellowship at the National Institutes of Health, and an oncology fellowship at the Memorial Sloan-Kettering Cancer Center.

He lives in California with his wife, two children, and dog named Sadie.