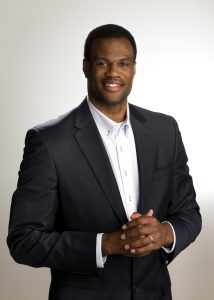 One of the top centers of his era, David Robinson was a marvel of a basketball player and a respected figure off the court. A lean, muscular, 7 foot 1 inch tall athlete, he was fast, strong and agile. In his first six NBA seasons he won Rookie of the Year, NBA MVP and Defensive Player of the Year awards, in addition to a rebounding title, a scoring crown, six All-Star bids, three selections to the All-NBA First Team and three selections to the NBA All-Defensive First Team.

Robinson’s lasting legacy was also defined by his status as one of the pre-eminent philanthropists in all of professional sports. On March 23, 2003, NBA Commissioner David Stern announced that future winners of the NBA Community Assist Award would receive the David Robinson Plaque, with the inscription, ”Following the standard set by NBA Legend David Robinson, who improved the community piece by piece.” Robinson’s lasting legacy continues to be remembered today, as he was recently profiled on the NBA TV documentary ”The Dream Team,” where he recounted the iconic run of the 1992 Olympic Gold Medal team.