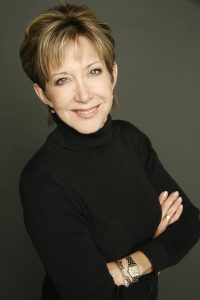 Dayna Steele is a successful entrepreneur, media strategist, nationally recognized radio and TV personality, the author of the best-selling business book “Rock to the Top: What I Learned about Success from the World’s Greatest Rock Stars”, and a popular motivational speaker. As a top radio personality, Dayna was named one of the 100 Most Important Radio Talk Show Hosts by Talkers Magazine, nominated as Local Radio Personality of the Year by Billboard Magazine and has been inducted into the Texas Radio Hall of Fame.

Dayna created The Space Store, the world’s largest space related e-commerce venture, and founded Smart Girls Rock, a social media network and product line to encourage girls to make smart the new cool. Dayna’s other venture is Operation National Anthem,
a series of free videos of active U.S. service men and women offered to venues throughout the country to play prior to the singing of the United States national anthem.

Currently traveling the world with her presentation “Find Your Inner Rock Star,” Dayna creates rock stars, showing individuals and companies how to grow their business and be better than the competition using her Rock Star Principles.

Clients who have moved from back stage to center stage include
Franchise Source, State of Iowa, MLT Vacations, NASA, University
of Texas, Christus Health, Institute of Real Estate Management,
Independent Insurance Agents Association and more.
She is currently working on her next book, “I’m With the Band: Network Your Way into Anything, Anywhere, Anytime!”

AOL calls Dayna “one of the foremost experts on career
networking” and Reader’s Digest Magazine named Dayna one of the “35 People Who Inspire Us.”

Dayna lives in Seabrook, Texas with her husband, author Charles Justiz, and has three sons. She is a member of the National Speakers Association, Screen Actors Guild, the American Federation of Television and Radio Artists and writes a blog for Fast Company Magazine online.