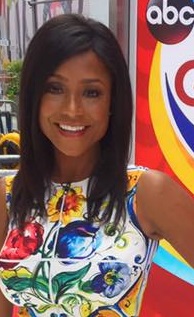 After years of dedication to gymnastics, this graduate of the University of Maryland retired to focus on her passion to encourage, educate and motivate others. She is an accomplished motivational speaker, blogger, analyst for Foxsports.com and the co-chair of the President’s Council on Fitness, Sports and Nutrition. Dominique works closely with the First Lady and President’s Council to help promote the Let’s Move! initiative, which educates children on fitness and nutrition while motivating them to get moving.

Dominique delivers powerful and inspiring messages of leadership, focus, teamwork, and health and wellness. She has the unique ability to empower vast audiences, from corporate executives and small business owners, to women’s groups, universities and youth organizations.