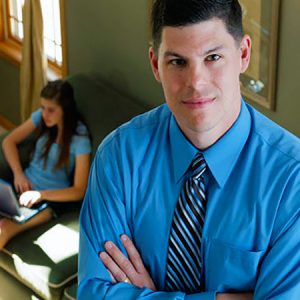 Justin W. Patchin joined the faculty at UW-Eau Claire in 2004. He received his Ph.D. in criminal justice that year from Michigan State University. Since 2002, he has been exploring the intersection of teens and technology, with particular focus on cyberbullying, social networking, and sexting. He travels around the United States and abroad training educators, counselors, law enforcement officers, parents, and youth on how to prevent and respond to adolescent misuses of technology.

Dr. Patchin has written eight books and dozens of articles for academic and professional publications. His co-authored book: “Bullying beyond the Schoolyard: Preventing and Responding to Cyberbullying” was named Educator Book of the Year by ForeWord reviews. His 2014 book: “Words Wound: Delete Cyberbullying and Make Kindness Go Viral,” was written to help teens navigate their online environments safely and responsibly. His latest book: “Bullying Today: Bullet Points and Best Practices” came out in May of 2016.