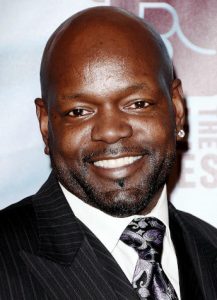 Emmitt Smith was drafted by the Dallas Cowboys in the first round of the 1990 draft. In 15 seasons, Smith made an impact on the NFL that will last forever. As the NFL’s all-time rushing leader, Smith won four NFL rushing titles, three Super Bowl titles and a league (1993) and Super Bowl (XXVIII) MVP award. He was selected to the Pro Bowl eight times, trailing only Barry Sanders (10) among NFL running backs. Smith is the seventh player in NFL history to carry the title of all-time rushing leader and he is the only player in NFL history to rush for more than 18,000 yards. Smith is also the NFL’s career rushing touchdowns leader with 164, and he stands second with 175 total touchdowns, trailing only Jerry Rice. Smith is the first player in NFL history to rush for over 1,400 yards in five straight seasons. With 1,021 yards rushing in 2001, Smith became the first player in NFL history to rush for 1,000 yards in 11 consecutive seasons and the first to post 11 1,000-yard rushing seasons in a career. With a then NFL record 25 touchdowns in 1995, Smith scored 100 career touchdowns in just six seasons, the fastest anyone in league history has reached that mark. Smith is one of only three players in Cowboys history with three career 100-point seasons, and he is the only non-kicker to accomplish the feat. His value to his team’s success can be seen in the clubs’ 101-26 mark (93-24 in regular season) when he carried the ball 20-or-more times a game and 65-18 record (58-18 in regular season) when he rushed for 100 yards. Smith was a workhorse during his career and started 236-of-243 career games – including playoffs. He missed just 11 career games due to injury. Smith is one of only five NFL players who have amassed over 10,000 career-rushing yards and 400 career receptions. He is also second on the NFL’s all-time total yards from scrimmage list with 21,579 yards. He was inducted into the Cowboys Ring of Honor with teammates Troy Aikman and Michael Irvin on September 19, 2005. Since retirement, Smith has launched a successful real estate career. He was also crowned the 2006 champion of ABC’s ”Dancing with the Stars”.