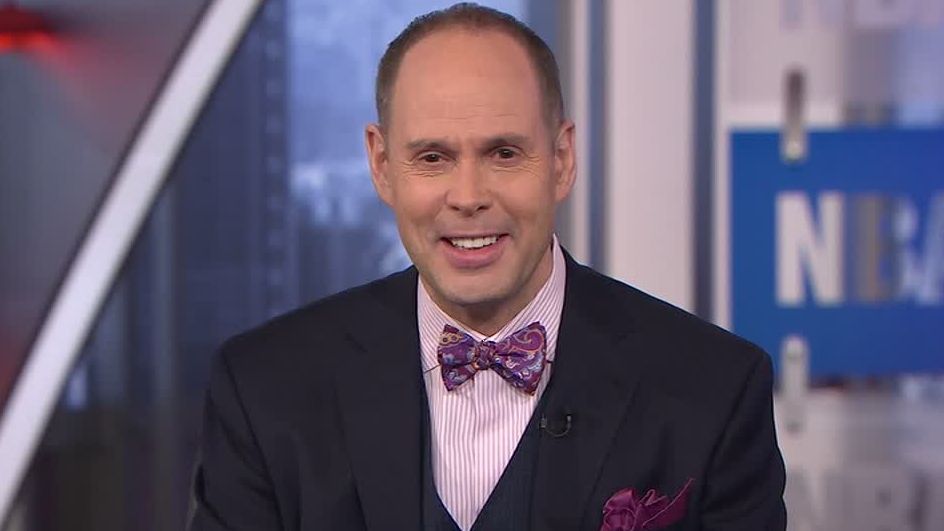 Ernie Johnson, Jr. is one of sport’s most respected and loved personalities. The three-time Sports Emmy Award winner and host of TNT’s “Inside the NBA” has helped audiences break down games and belly laugh for decades. Ernie is also the host for NBA TV’s popular “Fan Night” and a host for Turner and CBS’s NCAA Division I Men’s Basketball Championship coverage. He is the lead play-byplay announcer for Turner’s coverage of Major League Baseball and
the PGA Championship, and has covered the National Football
League, The British Open, Wimbledon and the Olympics.

In addition to his professional accolades and lifetime achievement awards, Ernie has earned honors recognizing his incredible actions off-camera, including the first-ever John Wooden Keys to Life Award and a Musial Award, both of which salute characteristics such as integrity, faith, and good sportsmanship.

Maybe more impressive than his professional fame and recognition is Ernie’s innate ability to connect with people on a human level. His willingness to discuss topics such as the adoption of his and his wife Cheryl’s children, including their special needs son Michael; the death of his father and best friend, iconic sportscaster and pitcher Ernie Johnson; and his own battle with non-Hodgkin lymphoma has endeared him and given hope to millions.

In his new book, UNSCRIPTED: THE UNPREDICTABLE MOMENTS THAT MAKE LIFE EXTRAORDINARY, Ernie takes readers behind the scenes of those very moments. With grace and humility, Ernie gives readers a look at TV’s most popular shows and broadcasts, as well as into the privacy of his own home to share hard-won lessons in being open and slowing down to savor moments that really matter. UNSCRIPTED takes readers back to Ernie’s early days, offering intimate insight into his athletic career, first jobs in TV, falling in love, his close relationship with his father and more. While the book
is full of warm tales from Ernie’s youth and hilarious outtakes featuring coworkers Charles Barkley, Kenny Smith, and Shaquille O’Neal, UNSCRIPTED does not stick solely to life’s happy surprises. From the death of his father, the adoption of their special needs children, the health scares of his son Michael, to his battle with non-Hodgkin lymphoma and much more, Ernie shares the gut-wrenching side of weathering the unexpected with grace, wit, and wisdom.

Ernie lives in Braselton, Georgia, with his wife, Cheryl, and their six children, four of whom are adopted.