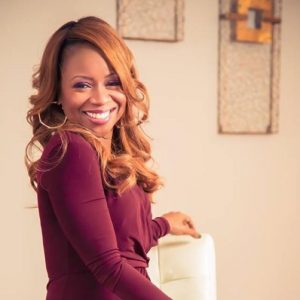 Gina Neely burst onto the scene in 2008 by starring in the hit show Down Home with the Neelys, which became the highest-rated series debut in the history of Food Network’s “In the Kitchen” block. The show immediately connected with viewers nationwide by showcasing Gina’s love for family, food and the enjoyment of life.

Following the tremendous success of her television show, Gina released her first cookbook, Down Home with the Neelys, which quickly earned a place on The New York Times bestseller list. A hit show and a bestseller soon lead to Gina’s prime time television debut as the host of Food Network’s Road Tasted. Enjoying continuing success in television, 2011 proved to be a tremendous success for Gina with the release of a second book, The Neely’s Celebration Cookbook.

As a top rated television personality and best-selling author, Gina has performed live for thousands of fans all over the country, not only showcasing her skills and fun loving approach to cooking, but also sharing her perspectives on life, love, and the issues facing women in their personal and professional lives. Taking great pride in her success as an entrepreneur, Gina loves to share her positive outlook with audiences. Gina was invited by President Barak Obama and First Lady Michelle Obama to take part in the 2012 White House Easter Egg Roll.

Gina has enjoyed successful endorsement relationships with Green Giant, Kraft Foods, Sam’s Club and Spectrum Brands, who recently engaged her as the national spokeswoman for the George Foreman Grills Weight Loss Challenge where she promoted healthy cooking and lifestyle changes and a new love to help others reach their goals and understand their challenges through life lessons and everyday challenges.

Gina has appeared on national and international (Singapore) TV and radio shows such as The Talk (as a guest and a co-host), The Steve Harvey Show, The Rachael Ray Show, The Wendy Williams Show, Anderson Cooper Live!, The Monique Show, Good Morning America, the TODAY show, The View, The Chew, Katie and Tyler Perry’s Meet the Browns. In print, Gina has been featured in People Magazine, O Magazine, Ebony, Essence, The Wall Street Journal, Black Enterprise, USA Today and Food Network Magazine.

Gina currently resides in Memphis, Tennessee and has two daughters.