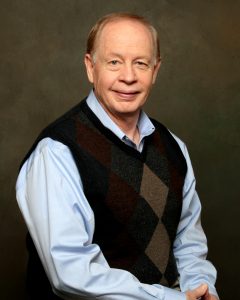 Dr. Jim Grassi is an international men’s ministry leader and has served in the capacity of chaplain with the Oakland Raiders and San Francisco Forty-Niners. He is an award-winning author, communicator, outdoorsman, chaplain, and former television co-host. His practical approach to life and gift of storytelling have been used to teach biblical truth while captivating audiences around the world.

He is the Founder/President of the culturally strategic Men’s Ministry Catalyst, an organization he incorporated in 1981. Grassi’s award willing books include; The Spiritual Mentor, Building a Ministry of Spiritual Mentoring, More Than a Fisherman, Finishing Well – Finishing Strong, Guts, Grace and Glory, The Ultimate Fishing Challenge, Heaven on Earth, In Pursuit of the Prize, The Ultimate Hunt, Crunch Time, and Crunch Time in the Red Zone. Jim has also written numerous magazine articles, booklets, and tracts.