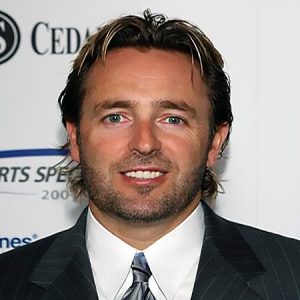 Kevin Millar currently serves as a studio analyst for the MLB Network. Kevin also co-hosts ”Intentional Talk”, MLB Network’s first-ever daily talk show that covers everything and anything in Major League Baseball. For the 2012 season, Kevin will also be serving as a studio analyst on the MLB on Fox pregame show.

Kevin was with the Toronto Blue Jays for the 2009 season after spending the previous three seasons with the Baltimore Orioles.

After the 2003 season, Kevin received the Jackie Jensen Award, presented annually by the Boston chapter of the BBWAA to the player who best embodies the spirit and desire of the former Red Sox outfielder.

Following the 2001 season, Kevin was presented with the Charlie Hough Good Guy Award from the Florida chapter of the Baseball Writers Association of America.

Kevin went undrafted out of college and was signed by Florida scout Gary Hughes after playing one season in the independent Northern League with the St. Paul Saints.

Kevin grew up in Los Angeles and graduated from University (CA) High School. He then went on to study business at Lamar University in Beaumont, Texas

Kevin and his family reside in Texas.