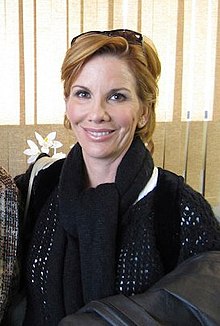 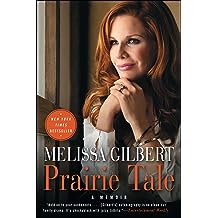 Television Keynote Speaker Melissa Gilbert is best known for her iconic role as Laura Ingalls in the family drama series Little House On The Prairie. The show originally aired from 1974-1983 and was based on the series of children’s books written by the real life Laura Ingalls Wilder. While starring in the classic series, Melissa also played successful film roles in The Diary of Anne Frank and The Miracle Worker. Since her days as a child star, Melissa has continued acting and served as the President of the Screen Actors Guild from 2001-2005. More recently in 2015, she was the featured keynote speaker at Sales and Marketing Executives’ Woman in Business Event.

The Little House on the Prairie series totaled 206 episodes and was syndicated on multiple networks after it originally aired. Melissa was nominated for a Golden Globe Award in 1981 for Best Actress – Television Drama Series at the age of 17. Melissa was a star and she continued her acting career in TV following the show’s end in 1983. She provided the voice of Batgirl in Batman: The Animated Series and portrayed roles in 7th Heaven, Nip/Tuck and Touched by an Angel. In 2000, Melissa was awarded the Golden Boot for her contribution to the Western genre of TV shows and films.

Melissa took a leadership role in the industry in 2001, taking over as President of the Screen Actors Guild. She held the position for 2 terms until 2005. Like many child stars, Melissa struggled with substance abuse in the later stages of her career. She wrote about her battles in the 2009 autobiography Prairie Tale: A Memoir. In 2012, she competed as a celebrity contestant on the ABC dance competition series Dancing With The Stars Season 14. She suffer a mild concussion during the show but recuperated and eventually danced her way to a fifth place finish.