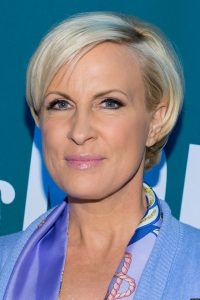 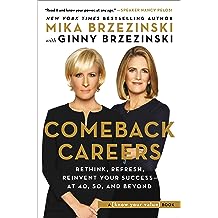 Mika Brzezinski is a co-host of ”Morning Joe” and an MSNBC anchor. Brzezinski also reports on ”NBC Nightly News” and is an alternating news anchor for ”Weekend Today.” Mika has developed a reputation as a tough but balanced interviewer not afraid to ask the hard-hitting questions whether she’s speaking with a corporate CEO, a presidential candidate or a tenured politician. During the 2008 presidential campaign, Brzezinski received accolades for her no-holds-barred interviews with John McCain, Hillary Clinton and President Barack Obama. Prior to joining MSNBC in January 2007, Brzezinski was an anchor of the ”CBS Evening News Weekend Edition” and a CBS News correspondent who frequently contributed to ”CBS Sunday Morning” and ”60 Minutes.” Brzezinski joined CBS News in 1997 as the anchor of ”CBS News Up To The Minute,” but took a short hiatus in 2000 to co-host MSNBC’s weekday afternoon program ”Homepage.” In September 2001, she returned to CBS to become their principal ”Ground Zero” reporter for the September 11, 2001 terrorist attacks. Brzezinski began her journalism career in 1991 in Hartford, Connecticut, as a general assignment reporter at WTIC. A year later she joined WFSB, also in Hartford, and quickly became the weekday morning anchor. Outside of her career, it is obvious that being a mom is Mika’s most cherished role in life. After taking some time away from work to be with her children, Mika returned to her journalism career with a new energy to help herself and others achieve a successful work-life balance. A native of New York City, Brzezinski is the daughter of Foreign Policy Expert and Former National Security Advisor Zbigniew Brzezinski. She attended Williams College and received a degree in English. Brzezinski lives in Manhattan with her husband and two children.