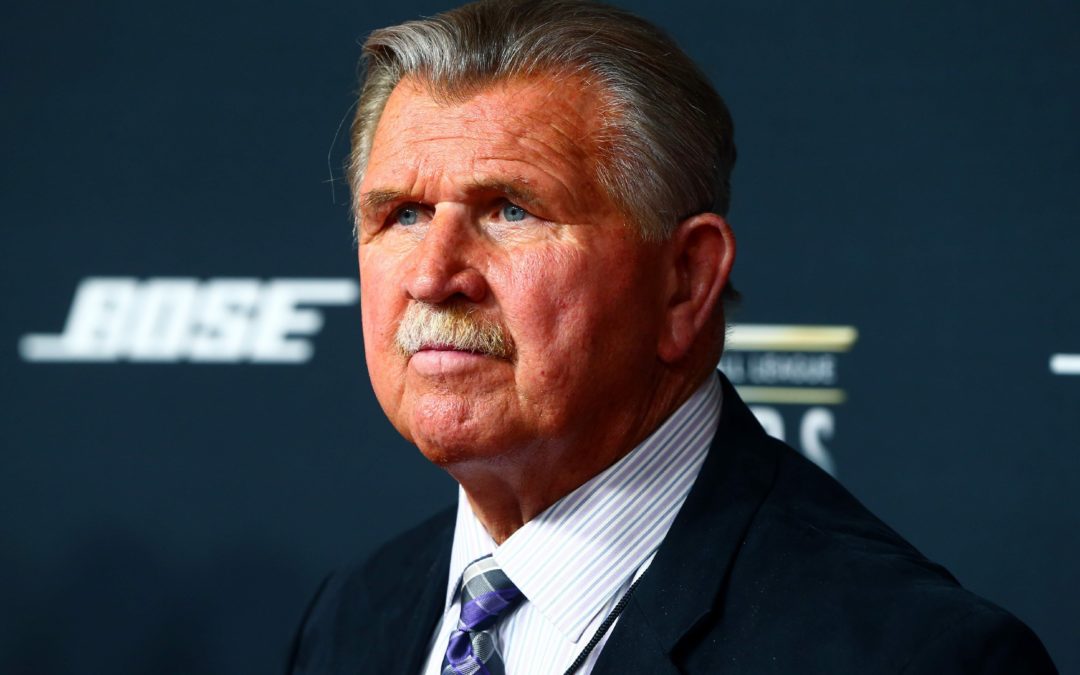 Mike Ditka, was born October 18, 1939 in Carnegie, Pennsylvania. Ditka is a former NFL player, TV broadcaster and coach. Mike Ditka coached the Chicago Bears for 11 years and New Orleans Saints for 3 years. Ditka and Tom Flores are the only two people to win Super Bowls as a player, an assistant coach and a head coach. Ditka was the only individual to participate in the last two Chicago Bears’ championships, as a player in 1963 and as head coach in 1985.

Mike Ditka was the No. 1 draft pick of the Chicago Bears in 1961. Ditka introduced a new dimension to the tight end position that once was viewed primarily as an assignment for a tough, talented blocker. Ditka proved to be a superior blocker but he also became one of the first tight ends to catch a large number of passes.

Mike Ditka startled opponent defenses with 56 catches for 1,076 yards and 12 touchdowns in his Rookie-of-the-Year campaign in 1961. Three years later in 1964, he had 75 receptions, a season record for tight ends that lasted until 1980 and the era of the 16-game season. The 6-3, 225-pound native of Carnegie, Pennsylvania was a consensus All- America in 1960 while playing for the University of Pittsburgh.

Ditka moved into the Bears’ starting lineup at the beginning of his rookie season and didn’t miss a start in 84 games with the Bears. He earned All-NFL honors four straight seasons from 1961 through 1964 and was a Pro Bowl choice after each of his first five seasons. He wound up his 12-year career with 427 receptions for 5,812 yards and 43 touchdowns.

At the time of his retirement after the 1972 season, Mike Ditka ranked second among all tight ends in receptions. In 1967, Ditka was traded to the Philadelphia Eagles. An injury in the second game that year aborted his consecutive-game streak at 86. He missed eight games in two years with the Eagles before moving on to the Dallas Cowboys in 1969. The fiercely determined and competitive Ditka regained much of his old form in four years in Dallas. His best campaign there was in 1971 when the Cowboys won their first Super Bowl championship. Ditka had 30 receptions that year and he scored the final touchdown in Dallas’ 24-3 win over the Miami Dolphins in Super Bowl VI.