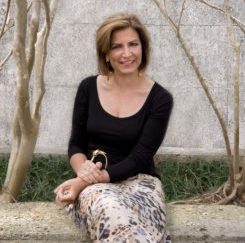 Is a nationally recognized TV personality, an award-winning performer, world traveller and blogger and a popular motivational speaker. She’s been inducted to ”Who’s Who of American Women”, ”Who’s Who in the Media” and ”Oxford’s International Biography” and was recently voted one of the most influential women in Houston Texas.

An ardent storyteller, whether it is using the medium of television or music, She has a background of life experiences as diverse as the city she covers. Patricia speaks five languages and holds three master’s degrees (an MBA from ESADE in Spain, a Masters in international management from Thunderbird (AZ) and a master’s in journalism from Columbia University in New York. She began her career in 1988 as a general assignment news reporter and the producer and host of her own award winning show, ”Galveston la Isla Bonita.” She came to HoustonPBS (KUHT-TV) in 1990 to host therespected public affairs program ”Almanac”. Today she hosts the award winning nationally syndicated series ”Living Smart with Patricia Gras” to get the most out of life which airs in over 200 PBS channels and is on its eight season. In 2008 She also began co hosting and producing Latina Voices: Smart Talk until the end of 2011.

In her 24 year career, Patricia has interviewed such notables as former President Jimmy Carter and the senior George Bush, Secretaries of State Madeleine Albright and Jim Baker, best seller authors Alice Walker, Isabel Allende and Daniel Yergin and many other intellectuals, international personalities and celebrities.

Patricia Gras is also a seasoned Public speaker on living smartly, lifestyle, wellness, spirituality and creativity.At present, Gras productions, her own production company is in postproduction for her Television series shot in Latin America.

When Patricia is not editing, you can find her climbing Machu Picchu, bungee jumping in New Zealand, hiking the Camino de Santiago (St James Pilgrimage) or singing, playing her drums, and composing with ”Barandua”, a Latin folk-pop and international band. You’ll find her show’s signature music ”Living Smart”, on her third album.