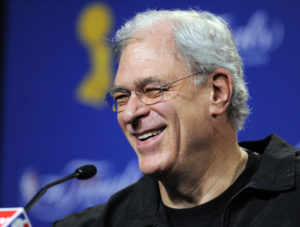 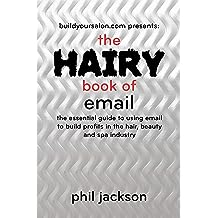 Jackson is known for his use of Tex Winter’s triangle offense as well as a holistic approach to coaching that is influenced by Eastern philosophy, earning him the nickname “Zen Master” (Jackson cites Robert Pirsig’s book Zen and the Art of Motorcycle Maintenance as one of the major guiding forces in his life his fond admiration for the book is the source of the nickname). He also applies Native American spiritual practices as documented in his book “Sacred Hoops”.[1] He is the author of several candid books about his teams and his basketball strategies. Jackson is also a recipient of the state of North Dakota’s Roughrider Award. In August 2008, Jackson received an honorary Doctor of Letters degree from his alma mater the University of North Dakota.

Jackson has been inducted in the Basketball Hall of Fame as a coach. He has won eleven NBA Finals Championships (2 as a player and 9 as a coach). Each of the seventeen seasons that he has coached in the NBA his team has made the NBA Playoffs.

Jackson was hired as assistant coach for the Bulls in 1987, and promoted to head coach in 1989 where he coached until 1998. It was at this time that he met Tex Winter and became a devotee of Winter’s triangle offense. Over 9 seasons, Jackson coached the Bulls to 6 championships in impressive fashion, twice winning three straight championships over separate three year periods. The “three-peat” was the first since the Boston Celtics won eight titles in a row from 1959 through 1966.

Jackson and the Bulls made the playoffs every year, and failed to win the title only three times. Jackson lost in his first season in 1990. Michael Jordan’s first retirement after the 1993 season marked the end of the first “three-peat”, and although Jordan returned just before the 1995 playoffs, it was not enough to prevent a playoff exit to the rising Orlando Magic.

The chemistry developed between Phil Jackson and the players was one of the best in NBA history. The respect shared between the players and the coach was the key factor in being able to build up a dynasty. While Jordan was already long considered the most dominant player, Jackson was also credited as one of the most important elements in the Bulls’ championships and his work earned him league-wide recognition.

Regardless of the success Jackson shared with his team, the tension between Jackson and Bulls general manager Jerry Krause grew. Some believed that Krause felt under-recognized for his work in building the Bulls up into a championship team, being jealous of the attention received by Michael Jordan and Phil Jackson. In particular, Krause believed that Jackson was indebted to him because Jackson received his first NBA coaching job from Krause.

After the Bulls’ final title of the Michael Jordan era in 1998, Phil Jackson left the team vowing never to coach again. However, after taking a year off, he decided to give it another chance with the Los Angeles Lakers from 1999 to 2004 and again from 2005 to the present.

Phil Jackson’s main tactical contribution, both with the Bulls and the Lakers, was the modernization of the triangle offense. He is also noted as a gifted handler of difficult players, notably Dennis Rodman and Kwame Brown. Jackson currently makes $10,000,000 a year, making him the highest paid coach in NBA history.

On December 12, 2007, after announcing he would return to his position as coach just a few days prior, Phil Jackson inked a 2-year contract extension to continue his tenure with the Los Angeles Lakers through the end of the 2009-2010 season.

Jackson has a total of 11 NBA championship rings: two as a player with the New York Knicks, six as coach of the Bulls, and three as coach of the Lakers. Nine NBA championships as a head coach ties him with Red Auerbach for the all-time lead in that category. Phil Jackson also holds the best playoff winning percentage of all-time. As of the end of the 2007-08 NBA Season, Jackson’s regular season record stands at 976-418.