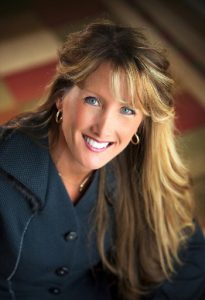 Rebecca Kiessling is a Family Law attorney, adoptee, and mother of 5. She delivers a powerful presentation of her own life story, “Conceived in Rape: From Worthless to Priceless.”

Rebecca was adopted nearly from birth and throughout her life struggled with her value, identity, and purpose, as many adoptees do. These issues escalated when at age 18 Rebecca was devastated to learn that she was conceived out of a brutal rape at knifepoint by a serial rapist. Although Rebecca enjoyed a tearful reunion with her birth mother, a month later Rebecca faced another emotional setback when she was told that had abortions been legal in Michigan at the time she was in her mother’s womb, her birth mother would have aborted her. In fact, Rebecca was nearly aborted twice at the hands of back-alley abortionists.

Rebecca candidly shares her struggles and resulting blows to her self-esteem, as well as her abusive relationships, and her story concludes with a strong message of hope since she now understands that her value and identity are not established as a “product of rape” and that the rapist is not her creator, as some would have her believe.

As Rebecca has overcome childhood abuse and domestic violence, the pain of knowing that she was born as a result of a brutal rape, the knowledge that she was unwanted by her birth mother, and the fact that our nation is filled with people who agree that her birth mother had a right to abort her, Rebecca has now devoted herself to fighting for the rights of the innocent unborn and raising her 5 children to know their own value, identity, and purpose. Rebecca and her husband currently have two adopted sons and three biological daughters. Additionally, their adopted daughter Cassie was born in August of 2000, with a very serious genetic disorder and died in their arms at 33 days old; They have also lost two children due to miscarriage.

Rebecca travels throughout North America and Europe, sharing her story at pregnancy center banquets, right to life fundraisers and rallies, colleges, school assemblies, churches, youth events, women’s conferences, and attorney seminars. Her philosophy abortion essay is ranked #1. She’s also testified before many state legislatures, encouraging them to vote 100% pro-life (without an exception for rape). Rebecca has also served on the board of a pregnancy resource center, and is on the advisory board of two local pregnancy resource centers.

Having been featured in the Citizens United film, “The Gift of Life with Governor Mike Huckabee,” Rebecca used her back-stage pass to the premiere of the film, in 2011, to share her story with presidential candidate, and Texas Governor, Rick Perry. After speaking with Rebecca, Governor Perry told the media that her story pierced his heart, and the next morning, he signed a presidential pledge with no exceptions.

As a family law attorney, Rebecca has litigated numerous high-profile (pro bono) cases, fighting for women’s rights as well as the rights of unborn children. Rebecca has appeared on Fox’s Huckabee, ABC’s Good Morning America, CNN’s Talk Back Live, CBS News, CBN’s 700 Club, Catholic TV’s This is the Day, Canada’s 100 Huntley Street and EWTN’s Life on the Rock and Defending Life. Her story had been featured on the program Extra, in Glamour Magazine and in Marie Claire Magazine. She is the author of Heritage House’s pamphlet, “Conceived in Rape: A Story of Hope,” and is the poster child for Feminists for Life’s ad, “Did I Deserve the Death Penalty?” She’s produced two DVDs – “Conceived in Rape: From Worthless to Priceless” and “Except in Cases of Rape? 12 Stories of Survival.”